There's No New Way to Move Dirt — Or Is There? 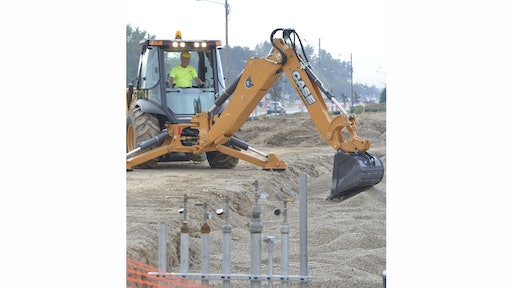 Manufacturers are addressing the labor shortage challenge by building machines that have intuitive controls and require less training and skill to operate.

I like writing about the future because everything I predict is speculative and no one can say I’m wrong. They can only challenge my assumptions.

Over the years, I have written many forward-looking articles and conducted studies of industry trends. In the late 1990s, I wrote a series of research reports about the rental market for the Associated Equipment Distributors (AED). The first one or two were met with skepticism by “old timers.” They claimed my predictions of the growth of rentals was way off base because, in their opinion, the business was a house of cards that would collapse at the first sign of any economic downturn. Furthermore, no one makes money in the rental business until the asset is finally sold.

In 2014, I estimated rental revenues of construction equipment will exceed $35 billion. Equipment rentals are now the most profitable segment of equipment distribution.

I also wrote a thesis (“The Competitive Nature of the U.S. Construction Machinery Market”) analyzing the U.S. construction equipment industry. In that study, I concluded that the current market resembles an oligopoly in which a few manufacturers control the market by tightly controlling the distribution of their products through exclusive distributor agreements. The agreements effectively prevent other, smaller manufacturers from entering and establishing dealer networks.

In the thesis, I also said that there is the possibility a foreign manufacturer attempting to enter the U.S. market might be able to do so by joining forces with a rental company. We are beginning to see several Chinese manufacturers make shared revenue agreements with rental companies. The agreements may allow them to expose equipment users to their products without having to buy them. Once the brand has a sizeable population base, they will be able to attract more traditional dealers.

The Dilemma of Reducing the Cost to Move Dirt

I have tried to apply my background and a few significant data points to the question of what does the future hold for the U.S. construction equipment industry. I believe we are now at a market tipping point aided by communications technology.

Early in my career, an old timer remarked to me that there is no new way to move dirt. People started moving dirt with their hands, then shovels and then mechanical devices. All of the methods required picking up the dirt and physically transporting it.

The machines have become larger and larger, but they mainly consist of buckets suspended on hinges and offset with counterweights to prevent them from tipping over. The least expensive method is the one that moves the most dirt in one scoop. Walking draglines hold the cost record because of the size of their buckets.

No one has invented a method to levitate material and thereby avoid picking up the dirt and transporting it somewhere. Maybe sometime in the future we’ll be able to use quantum mechanics and teleport material. Until then, the very largest machines reduce the labor cost of moving a specific amount of material because the cost of the machine operator is spread out over more units of dirt moved. The cost of moving dirt on a jobsite (when adjusted for inflation) has been constant over a long period of time — decades, in fact.

Unlike other manufacturing processes, every building project is unique and there are few opportunities for contractors to transfer what they learn from building one bridge abutment to building the next one. For example, airplane manufacturing has a steep learning curve. The first aircraft costs an enormous amount to build, but after five or 10 are built, the cost per aircraft is reduced to a fraction of the first one. Building a bridge abutment, however, is unique — the location, ground conditions and construction of the concrete forms vary. There are few ways for a contractor to make incremental improvements and reduce the cost of construction of the fifth or the 10th bridge abutment he builds.

It’s hard to measure this predicament. The best method is to measure labor productivity. It is possible to find data for the value of construction and for the quantity of labor needed to achieve that value.

Professor Paul Teiholz at Stanford University wrote a paper in early 2013 entitled “Labor-Productivity Declines in the Construction Industry: Causes and Remedies (Another Look)”. His conclusion was “...there can be little doubt that there are significant structural problems preventing improvements in labor productivity in this industry. Over the past 50 years, productivity has either slowly declined or remained stagnant.” He was referring to labor productivity compared with the rest of the economy. Graph 1 illustrates his point.

The index of labor productivity for all U.S. non-farm industries has been steadily improving. Constantly improving productivity in the manufacturing sector is a major strength of the U.S. economy and one reason that inflation has remained under control.

Professor Teiholz went on to say that “To be realistic, I do not see significant changes over the coming five to 10 years because the problems seem quite intrinsic to the industry.” Labor productivity compared with other sectors of the U.S. economy has been on the decline since at least the mid-1960s.

Contractors have had a labor productivity problem for some time. After the great 2006/2007 recessions, many skilled workers left the industry. The exodus from construction trades has been well documented by the Association of General Contractors of America (AGC), which since mid-2013 has been publicly discussing the fact that members are finding it difficult to complete projects because of the lack of skilled labor. Retiring older workers, strong demand in other sectors of the economy and few younger people seeking careers in construction are combining to create workforce shortages for many construction companies.

Manufacturers have stepped up to the labor shortage challenge by building machines that have intuitive controls and that require a lot less training and skill to operate than their predecessors. Electric-over-hydraulic machine controls coordinated by onboard computers are very common today. Most people can climb on a machine and do productive work within a few hours.

Contractors have partly addressed the labor productivity problem by renting and buying specialized equipment. When was the last time you saw someone on a construction site operating a jackhammer? Today, the hammer is hydraulic, it’s mounted on an excavator or skid-steer loader and the operator is sitting on the machine away from dust and danger. I call this jobsite automation.

When equipment is purchased as a substitute for labor, it’s hard to exactly identify when those purchases are made. More often than not, contractors rent machines when they need them. In fact, I have heard recent stories about large contractors now preferring to rent the machines they need for a job if the project is less than four months in duration rather than transporting machines from their fleets over long distances.

We are able to measure the increase in rentals per construction employee. As can be seen in Graphs 2 and 3, spending on rentals is outpacing construction employment, a situation that is greatly benefiting the equipment rental industry. I estimate that in 2014, contractors will spend $6,000 annually on average on equipment rentals per employee, an amount that could only be imagined a few years ago.

Professor Teiholz went on to say that, in his opinion, construction industry productivity problems stem from the following:

I believe a key finding by Professor Teiholz is that the industry is characterized by a large number of very small firms. In short, the industry is fragmented. As a result, there is little or no communication between or within firms.

In my opinion, the situation is crying out for someone to link everything together so that anyone who works on a project has the same information as everyone else involved on the project. The Internet is playing a role in disseminating this information. In the past, it was necessary for job estimators to visit planning rooms to view project blueprints and specifications. The planning rooms have been mostly replaced by posting that information online. But the industry is still working on Internet-based solutions that effectively enable sharing of information.

Telematics — devices that communicate machine operating performance to a central location — is only one item that must be coordinated. Companies that offer machine controls as part of a telematics system are leading the way. However, in my view, jobsite productivity can only be improved by changing the construction process. Telematics devices are being touted as the solution for everything, but only if you know how to use them.

How can telematics improve the process? By ultimately providing a software tool that will allow contractors to link themselves to the subcontractors working on the same project, providing complete information access and greater overall project efficiency.

Frank Manfredi, president of Manfredi & Associates Inc., has been a consultant to the heavy equipment industry for more than 35 years. During most of that time, he has published a monthly newsletter, Machinery Outlook, which is seen as a critical source of information about the construction, mining, agricultural and material-handling machinery markets.

The Rise of Rental