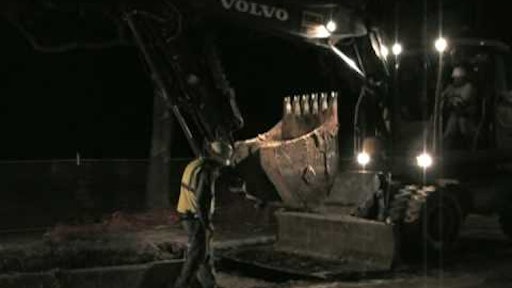 With almost two-thirds (63%) of Americans reporting that their sleep needs aren’t met during the week, sleep deprivation is a societal epidemic that exists across all countries, economic statuses, industries, and seniority levels.

Sleep deprivation is an issue that is often ignored, yet frequently it’s the root cause of decreased productivity, accidents, incidents and mistakes that cost companies billions of dollars each year. Often companies are unaware of the impact fatigue or sleep deprivation is having on their operation until a tragic accident occurs… only then do managers ask the question: “What happened?”

Here are 10 dangers of having a sleep-deprived workforce:

1. Decreased communication. When workers are tired, they become poor communicators. In one study, researchers noted that sleep deprived individuals:

3. Increased risk of becoming distracted. Sleep-deprived individuals have been shown to have trouble with maintaining focus on relevant cues, developing and updating strategies, keeping track of events, maintaining interest in outcomes, and attending to activities judged to be non-essential. In fact, research suggests that there is a symbiotic relationship between sleep deprivation and attention-deficit hyperactivity disorder (ADHD) due to the overlap in symptoms.

4. Driving impairments. Due to federal regulations, the trucking industry is well aware of the driving impairments associated with sleep deprivation; however, plant managers are unaware of the ways in which sleep-deprived workers may be dangerously operating machinery (e.g. forklifts or dump trucks). In fact, 22 hours of sleep deprivation results in neurobehavioral performance impairments that are comparable to a 0.08% blood alcohol level - that’s legally drunk in the United States.

5. Increased number of errors. The cognitive detriments of sleep deprivation increase concurrently with a worker’s time on a given task, resulting in an increased number of errors. These errors include mistakes of both commission (i.e. performing an act that leads to harm) and omission (i.e. not performing an expected task), which can wreak havoc at any work facility. Errors are especially likely in subject-paced tasks in which cognitive slowing occurs, and with tasks that are time-sensitive, which cause increases in cognitive errors.

6. Poor cognitive assimilation and memory. Short-term and working memory declines are associated with sleep deprivation and result in a decreased ability to develop and update strategies based on new information, along with the ability to remember the temporal sequence of events.

7. Poor mood appropriate behavior. Inappropriate mood-related behavior often occurs in outbursts, as most -deprived individuals are often quiet and socially withdrawn. However, a single one of these outbursts can be enough to destroy the positive culture of a work environment and cause an HR nightmare. These behavioral outbursts can include irritability, impatience, childish humor, lack of regard for normal social conventions, inappropriate interpersonal behaviors and unwillingness to engage in forward planning.

What does this mean for your workers? -deprived workers may be making riskier decisions, ignoring the potential negative implications, and taking gambles in scenarios in which the losses outweigh the benefits.

9. Inability to make necessary adjustments. Flexible thinking, preservation on thoughts and actions, updating strategies based on new information, ability to think divergently, and innovation are all negatively impacted by sleep deprivation. A worker may be unable to fill a leadership role on request when sleep deprived, resulting in a frustrated management team.

When rather than If

The moral of the story is the following: When you have sleep-deprived or fatigued workers, your productivity levels and quality of work will be compromised. Furthermore, you will be creating an environment where it becomes not a matter of if your workplace will have an accident or incident but a matter of when, and to what magnitude.

Clearly sleep deprivation is no laughing matter, no matter how frequently our society treats the issue light-heartedly. Eventually our biological drive to compensate for sleep deprivation wins at the end of the day, and the loser might be your workers, your company, or even yourself.

Report: 69% of Construction Workers Say They Are Tired at Work

Finding the right glove for the job is as important as matching any other tool of the trade to the task at hand.
Barb Abrahms
November 23, 2020
Latest
Rental Business