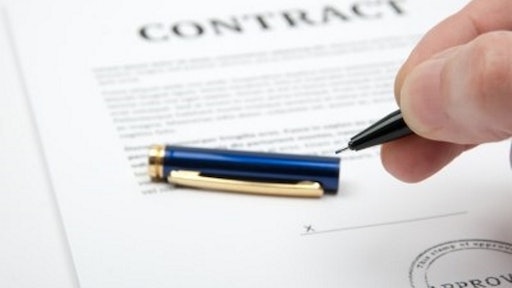 The number one rule of contracts is that the language should be clear and unambiguous.

This is the second part of a two-part article dealing with the most common provisions in construction contracts and the important aspects of each provision. As a reminder, the purpose of a construction contract is risk management and, more particularly, risk shifting to other parties involved in the project. The way in which these contract provisions are written and worded is of critical importance in making sure that the parties have accurately expressed their intentions and adequately protected themselves.

An owner’s primary concern is usually when the project will be finished. This may cause the owner to try to include right timelines in contracts and to try to accelerate these timelines and speed up the progress of a project whenever possible. However, it is often difficult for contractors to operate under rigid owner-imposed deadlines, particularly finish trade subcontractors, who are the last to start, last to finish and whose start date is dependent upon the completion of the work by the contractors ahead of them. The key with any timing provision in a contract is therefore to manage expectations and be realistic in doing so. It is dangerous for a contractor to over promise and commit to an unrealistic timeline simply to secure the job. This may be sustainable in the short-term, but chances are that at some point the contractor will fall behind.

However, if all parties agree that timing is important and include a “time is of the essence clause,” it is good practice to include actual dates, durations, etc,. in the contract documents — as long as those projections are realistic. If this type of information is not included, the parties will be held to a “reasonableness” standard, which can be very broad and is usually determined by a third party (i.e., a judge or jury) after a dispute has arisen.

Even better would be to include specific terms of the prime contract that apply to the subcontract, such as payment, claims, disputes, insurance, etc. In this type of provision, specificity is key, particularly from a subcontractor’s perspective.

A common question raised by many construction professionals is whether a project ever gets completed without going through at least some type of dispute resolution process. Unfortunately, because of the risky nature of the construction business and the number of parties typically involved in any given project, disputes do often arise. It is, therefore, common for many parties to include some type of alternative dispute resolution provision in their contracts to govern any disputes, in order to avoid the cost and time associated with traditional “courtroom” litigation.

There are two primary types of alternative dispute resolution: mediation and arbitration. Mediation is a more informal procedure where the parties seek assistance from a neutral third party (the mediator) to help them resolve their dispute. Arbitration is more formal and is similar to litigation, but the process moves much more quickly and the case is tried to a panel of arbitrators, not a judge or jury. Another significant difference between these two methods is their binding effect — an arbitration panel’s decision is binding, while a mediator will not make an actual decision on the merits of the dispute but will simply act as a go-between for the parties, often pointing out the strengths and weaknesses in each party’s position to attempt to get them to reach some reasonable compromise.

Parties can use a contract provision to make either or both of these types of alternative dispute resolution a mandatory means of resolving any dispute that arises under the contract.

A breach: now what?

Breaches can occur under even the most well-drafted contract, and it is important for construction professionals to know what to do in this situation.

As a starting point, the most commons breaches claimed by contractors are:

The most common breaches claimed by owners are:

There are two situations in the life of a construction project when attorneys are most important — first, when the contract is being drafted and second, when there is an allegation of breach. If the contract is well-drafted on the front end, the contractor should be as protected as possible in the event of a breach. However, if a breach has occurred, it is dangerous and inadvisable for a contractor to attempt to work it out or negotiate with an owner or another contractor on its own, particularly if those entities or individuals are represented by an attorney. The last thing a contractor wants to do is relinquish any rights it may have in connection with a breach. An attorney can help a contractor identify its rights, remedies and options and can make dealing with a contract breach a little less painful.