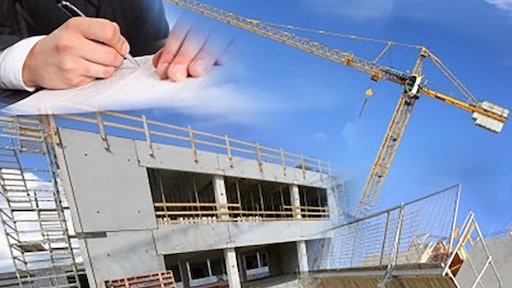 Given the amount of money and the number of important deadlines that are connected with the substantial completion date in a construction project, a contractor cannot afford to be tied up in litigation or arbitration arguing over the definition of what should be an easily-definable term.

There is a general definition of “substantial completion” that has developed and that is often used in form construction contracts. The American Institute of Architects (AIA) in its form contract defines substantial completion in Section 9.8 as the “state in the progress of Work when the Work or designated portion thereof is sufficiently complete in accordance with the Contract Documents so the Owner can occupy or utilize the Work for its intended use.”

A number of states have adhered to this general concept and have gone so far as to enact statutes to address the concept of substantial completion for statute of limitations purposes.

Georgia, for example, has enacted a statute that models the AIA definition and defines substantial completion as the “date when construction was sufficiently completed, in accordance with the contract as modified by any change order agreed to by the parties, so that the owner could occupy the project for the use for which it was intended.” O.C.G.A. § 9-3-50(2). Substantial completion, therefore, is tied to the owner’s ability to occupy and use the project as intended.

Without any additional specific language in the construction contracts to use as guidance, however, problems arise in determining at what point, exactly, this occurs. What if, for example, the project is the construction of a residence and there are walls and a roof, such that technically, the structure could be lived in, but none of the modern amenities such as plumbing, electricity, and the like have been installed? Do aesthetic considerations, like the completion of painting and the “final touches” of finishes, have any bearing on the determination of the date of substantial completion?

In a project involving the build-out of retail space, is substantial completion the point at which the space could open for business to the public, given that a functioning retail business is the intended use of the project?

From a contractor’s perspective, it is best to avoid these types of fact-intensive inquiries and include an unambiguous date for substantial completion in the contract documents themselves, if at all possible. This is especially true considering that an owner’s interest may not always be aligned with the interest of the contractor.

For example, generally, in a project which is going to generate revenue for the owner — like a shopping center development — all parties, including the owner, have the incentive to declare the project substantially complete as quickly as possible so that the owner can get the contractor paid, get the project open and operating, and begin collecting rent. On the other hand, however, if the owner has or will incur losses in connection with the project, the owner may have the incentive to postpone the substantial completion date as long as possible to avoid paying the contractor.

How then should a contractor attempt to minimize the risk associated with an undefined method or date for determining substantial completion in a construction contract?

Still another possibility is for the parties to agree on a list of items that determine when substantial completion has occurred. For example, if the owner wants all lighting work completed before he or she takes possession of the space, the owner and contractor should agree to include that as a necessary item in the substantial completion determination so that all parties are clear regarding what is expected.

The third option is a more favorable option from a contractor’s perspective because it gives the contractor more control — both on the front end in creating the list and during the course of the project in performing the items included on the list — over when a project will be deemed substantially complete.

Although the list of items will vary from project to project, a contractor should attempt to make the items as specific and objective as possible. For example, instead of agreeing that an element of substantial completion is lighting installation completed to the owner’s satisfaction, agree that lighting installation will be completed in compliance with applicable Building Code requirements. The less subjectivity associated with a determination of when each item has been completed, the better.

The bottom line is that, regardless of how the term “substantial completion” is defined in the contract documents, it is important for the parties to be as specific as possible, in order to make the determination of when substantial completion has occurred a straightforward one.

Given the amount of money and the number of important deadlines that are connected with the substantial completion date in a construction project, a contractor cannot afford to be tied up in litigation or arbitration arguing over the definition of what should be an easily-definable term.