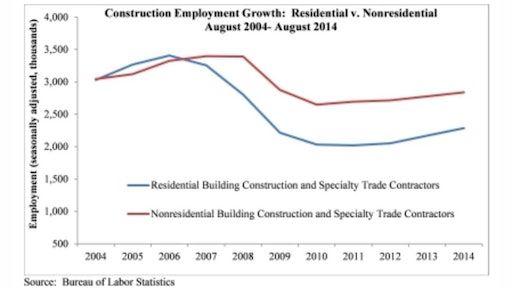 According to the Bureau of Labor Statistics' household survey, the national unemployment rate shed a tenth of a percent, falling to 6.1 percent. This small change is partially explained by a decline in the labor force, which shrank by 64,000 in August, pushing the labor force participation rate down to 62.8 percent.