Witnesses said a generator in an hospital-expansion project exploded, but a gas line also remains suspect. The death and injuries all suffered by construction workers 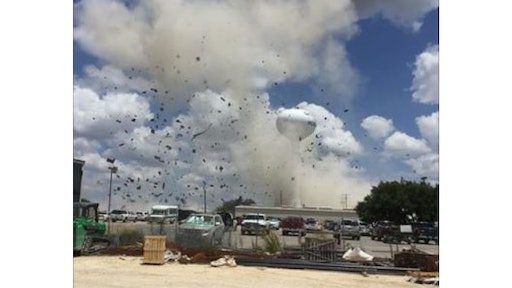 One construction worker was killed and fifteen others were injured after an explosion collapsed part of an addition being added to a Texas hospital Tuesday. The worker who was killed is identified as Michael Bruggman, 45, of Rogers, Texas.

Bob Harrell, the Coryell County emergency manager, initially announced that 12 people were injured and all were construction workers. Subsequently, the tally of injured people has been increased to 15.

At the 25-bed hospital in Gatesville, Texas, 36 mi west of Waco, witnesses said an electric generator inside an uncompleted hospital expansion exploded. However, Dave Byrom, the hospital’s chief executive, said the blast possibly started with a gas line.