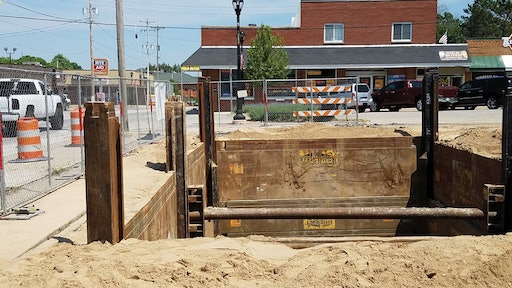 Recently, National Demolition Association (NDA) member Pitsch Companies was a low bidder on a Michigan Department of Environmental Quality-led demolition and soil remediation project in Grant, MI. Pitsch was tasked with demolishing an old gas station, plus the removal and replacement of approximately 2,700 cubic feet of contaminated soil under the old Mini-Mart. 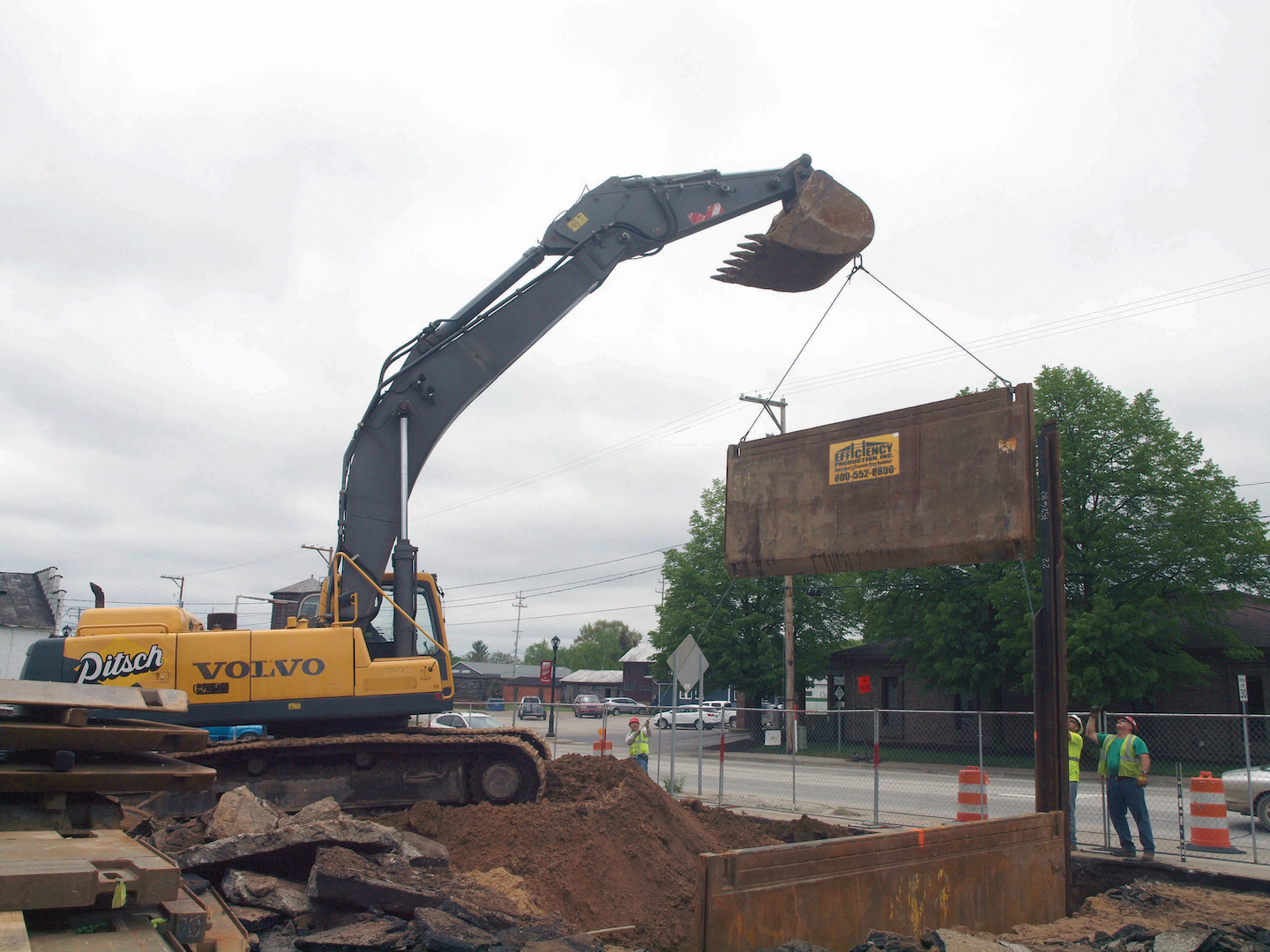 The Slide Rail System is installed by sliding steel panels — similar to trench shield sidewalls — into integrated rails on vertical steel posts, then pushing the panels and posts incrementally down to grade as the pit is dug.A project like this would normally be old hat for the veteran demolition company, except for a key element to the soil remediation portion: the contract stipulated that an Efficiency Production-manufactured Slide Rail System had to be used to shore the approximately 40- by 40- by 20-foot-deep excavation.

“It wasn’t an issue of never having used Slide Rail before,” says Steve Pitsch, president of Pitsch Companies. “It was that this was the first time I’d ever heard of something called a Slide Rail System, and we’ve been in business for 60 years.”

Efficiency’s Universal Slide Rail System is a component shoring system comprised of steel panels — similar to trench shield sidewalls — and vertical steel posts. The Slide Rail System is installed by sliding the panels into integrated rails on the posts, then pushing the panels and posts incrementally down to grade as the pit is dug, a process commonly referred to as a “dig and push” shoring system. A Multi-Bay configured system uses parallel beams and standard trench box spreaders as cross-members. The Slide Rail System keeps constant pressure against the surrounding dirt, allowing the exact amount of removal and replacement of the contaminated soil.

“One of the important advantages of a Slide Rail System over open cutting is that there’s no over-digging; the excavation walls can be cut exactly vertical,” explains Tim Hurst, head of Efficiency Production’s special operations shoring division. “This was a critical factor in the soil remediation, as the system keeps constant pressure against the surrounding dirt, allowing the exact amount of removal and replacement of the contaminated soil,” Hurst says.

Why require a shoring system?

It is unusual, but not unheard of, for a shoring system to be stipulated in a state-led project contract. However, the engineers at Superior Environmental, the environmental management company overseeing the soil remediation portion of the demolition, had good reasons to do so. 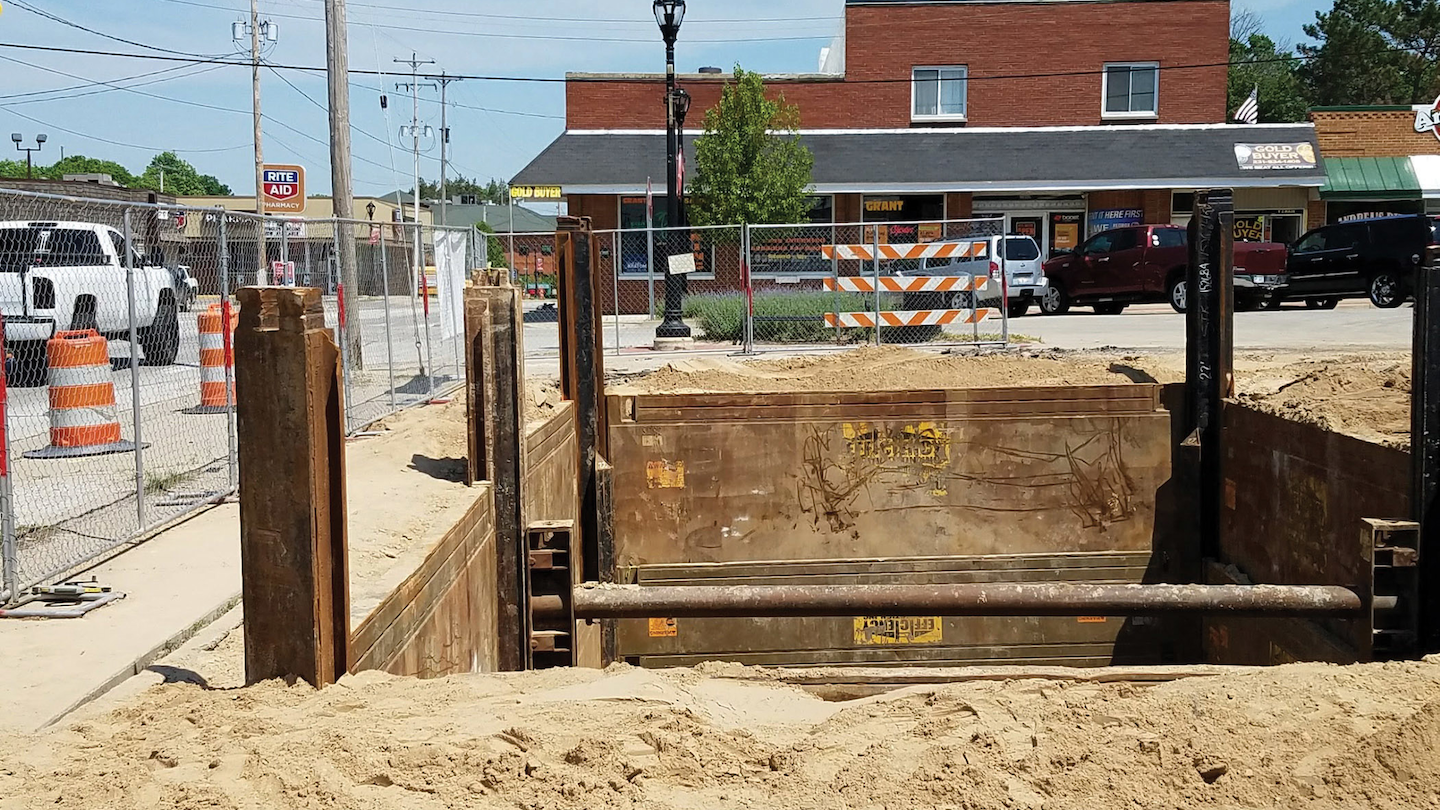 The Efficiency Universal Slide Rail shoring system creates a much tighter work area, which was very helpful working in Grant’s historic downtown area.“Efficiency Production assisted throughout the entire design, development and installation of the shoring system,” says Superior’s project engineer, Corey Buckner. “Even before we bid the project, (retired division director) Greg Ross talked us through the shoring process and how the Slide Rail System would work,” Buckner says. “We relied on Efficiency to examine the plans and provide the engineering and design for the shoring on this project.”

“I felt Greg and his team had given us so much support upfront that it only seemed fair to add Efficiency as a propriety line item for shoring equipment in the bid,” Buckner says.

The value of a good teacher

Both Buckner and Pitsch had high praise for Efficiency’s senior Slide Rail installer and shoring specialist Dan Meredith, who was on-site assisting with the installation. Says Pitsch, “We couldn’t have done this without Dan and his patient instruction.” Buckner concurs, saying, “I watched and saw how Dan really helped the contractor understand how Slide Rail works in addition to actually helping the contractor install the system.”

Meredith was quick to return the praise. “For a demolition contractor to install Slide Rail for the first time, I was surprised at how well Steve’s crew picked up on the process of installing the system,” he says. “The Pitsch guys went much faster, and were definitely more efficient on the second install.” 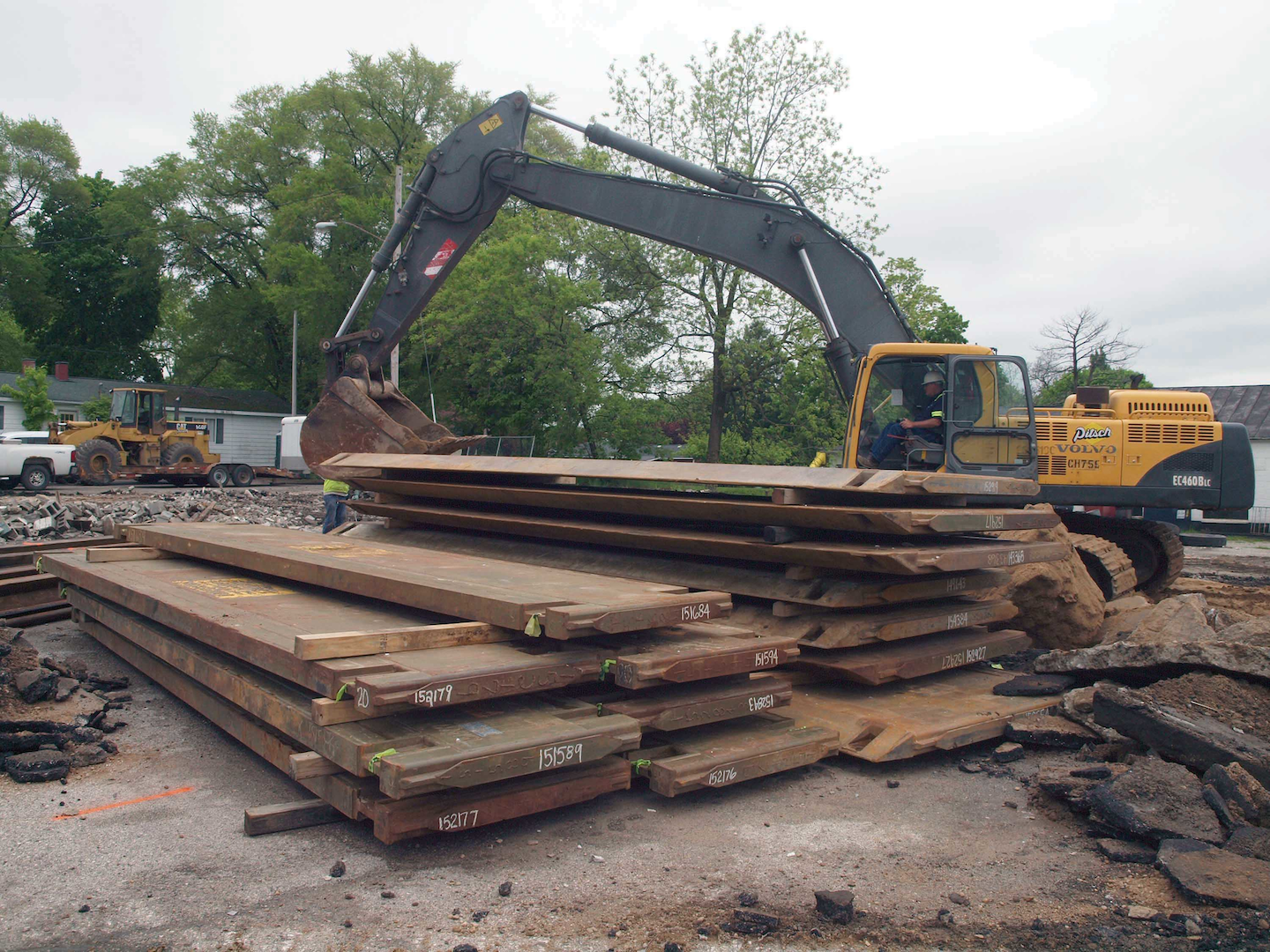 “Coming from an outside industry, I found the Slide Rail System very easy to use,” Pitsch says. “Once we were awarded the project, I really started looking forward to it. It was fun to learn. Even after 60 years, it’s exciting to be exposed to something new.”

James McRay is the director of marketing and media for Efficiency Production, A Trinity Shoring Products company. He can be reached at 800-552-8800 or james.mcray@trin.net.

Work continued for days despite two stop-work notices issued by a Milpitas building inspector because of elevated trench-collapse conditions
August 22, 2014