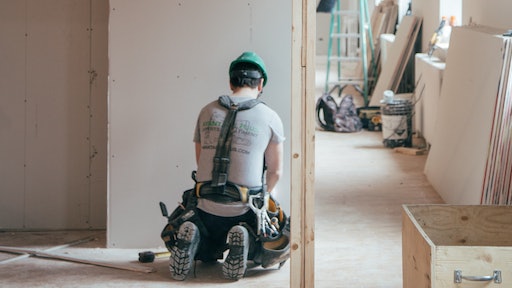 Photo by Charles Deluvio on Unsplash

Americans across the political spectrum overwhelmingly support skilled trades education in high school, but school systems face major barriers in providing the courses that give students a path toward these essential, high demand careers, according to research released by Harbor Freight Tools for Schools, which includes a public opinion poll and a study of skilled trades programs in high schools nationwide.

The skilled tradespeople the research focuses on were deemed “essential” workers during the coronavirus pandemic. They will be just as critical to America’s economic recovery and, as the research shows, the need and opportunity to train this future workforce, starting in high school, is an urgent one.

The study and poll together comprise the first comprehensive look at American high school skilled trades education — courses that emphasize building and repair, such as construction, electrical, automotive, heating, air conditioning and plumbing —  and that lead to middle-class jobs that often do not require a four-year college degree.

“This crisis underscores the degree to which we depend on skilled tradespeople,” said Eric Smidt, founder of Harbor Freight Tools and The Smidt Foundation. (Harbor Freight Tools for Schools is the foundation’s flagship program.) “These studies demonstrate that Americans want skilled trades education, but far too often students don’t have access to skilled trades classes in their high schools. When we teach trades in high school, we give students a head start on the road to fulfilling, good-paying careers that our country desperately needs.”

Conducted prior to the pandemic, the studies arrive as the nation faces massive layoffs, a looming and deep recession and a preexisting shortage of tradespeople, who make up a workforce that is on the brink of retirement. Expanding the pipeline of trades professionals, the studies note, is urgent because even without job growth, trades positions are among the hardest to fill.

The first study, a poll of nearly 6,000 voters, parents of high school students and students themselves, conducted by NORC [norc.org] at the University of Chicago, showed a “remarkably positive view of skilled trades classes.” The poll found:

The second study, conducted by JFF [jff.org], an independent workforce development nonprofit organization, analyzed federal and state data on skilled trades programs, students, student outcomes, and teachers, and interviewed state career and technical education leaders in each of the 50 states and the District of Columbia.

The interviewees nearly universally agreed that a lingering stigma against the trades discourages student participation, contrasting the results of the opinion poll. The seemingly paradoxical result demonstrates that educators haven’t yet seen positive public opinions for the trades translate into more resources and respect for programs, said Danny Corwin, executive director of Harbor Freight Tools for Schools.

“Today’s skilled trades education is about offering all students more paths to a secure, fulfilling future doing essential work, and it’s clear that Americans want and need this training,” Corwin said. “Providing pathways for young people to solid jobs is going to be even more important as communities across the country suffer the economic fallout from COVID-19, and begin to rebuild our economy and infrastructure.”

In addition to the perceived stigma, the largest challenge facing skilled trades education, study authors note, is an absence of data so significant that they deem it a “data desert with a few oases.” Thirty-seven states representing 81% of all high school students responded to requests for data, but only five states were able to provide data in every category requested.

“We’re making policy in the dark,” said John White, a former Louisiana state superintendent who was interviewed for the study.

The research also found promising models across the country that demonstrate the opportunities that come with aligning local labor markets and skilled trades education offerings, something that will be even more crucial in the face of economic recession. Carmakers in South Carolina and Kentucky, an airline in Arizona, the construction industry in Oregon, and the New York City plumbers’ union, among others, have teamed with school systems to offer training and apprenticeships. Students can earn industry-based credentials — required for students who want to obtain jobs in the trades — in many states, while Nebraska, Tennessee and Louisiana have successful programs to address worker shortages by aligning trades education with job forecasts.

“Every student should have the chance to explore multiple pathways, including attending college, earning a two-year degree or industry certificate, pursuing an apprenticeship or finding a job right after graduation,” Corwin said. “College and career should never be an either-or, especially not as we face unprecedented economic uncertainty and dislocation. We need to maximize opportunity for the students and families who need it most, and high school skilled trades education is one critical way to do that.”

Click here to read the NORC and JFF reports, and for more about the research.

Construction Industry Experts Discuss How to Solve the Workforce Shortage

What is the construction industry doing to solve a workforce shortage?
Kimberly Hegeman
May 31, 2021

A global survey shows 81% of construction businesses will introduce or increase use of robotics and automation in the next decade to address skills shortage and improve safety on their jobsites.
Becky Schultz
May 26, 2021

Workforce Management Takes Guessing Out of the Construction Labor Equation

Empower construction teams to build a sustainable, flexible approach to labor with a cloud-based workforce management platform.
LaborChart
May 24, 2021