Report by IHS Markit details the size and reach of the three major sectors that make up the core of the equipment manufacturing industry. 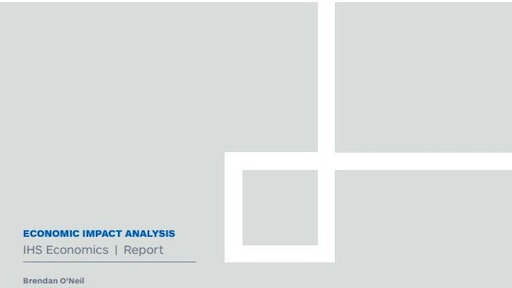 A new report released last week found that the equipment manufacturing industry supported about 1.3 million jobs and contributed over $159 billion to the Gross Domestic Product (GDP) of the United States in 2016.

The Association of Equipment Manufacturers (AEM) unveiled the report as over 130,000 attendees gathered at CONEXPO-CON/AGG 2017, the industry’s premiere trade show. The report was prepared by the leading research firm IHS Markit, and details the size and reach of the three major sectors (Construction, Agriculture, and Energy) that make up the core of the equipment manufacturing industry.

The report identified a number of key findings, including:

“AEM is proud to represent the men and women of the equipment manufacturing industry across our country. This new report helps to put into context the many great contributions of our industry,” said AEM President Dennis Slater. “Our industry is a core part of America’s manufacturing economy, and we are eager to continue to grow, and, hopefully with a significant investment in our infrastructure, help put millions of Americans to work.”

The full report – which can be accessed here – also includes details on the key economic indicators that affect the equipment manufacturing industry, as well as forecasts for the coming years.