NAHB: Young Adults Not Interested in the Construction Trades

NAHB recently conducted a national poll of young adults ages 18 to 25 to find out how this age group feels about a career in the construction trades.

The majority of young adults (74%) say they know the field in which they want to have a career. Of these, only 3% are interested in the construction trades.

Most of the young people interested in the trades say the two most important benefits of this career choice are good pay (80%) and the attainment of useful skills (74%). Less than half cite as benefits that the work is seasonal (15%) or that it does not require a college degree (37%). 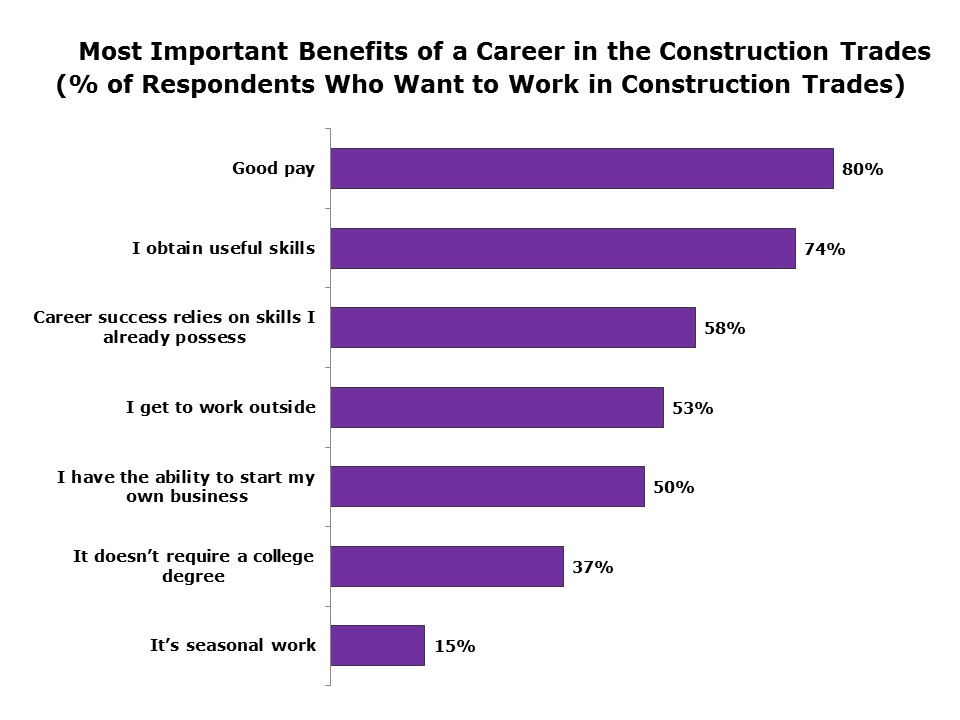 The 26% of respondents who do not yet know the career path they want to take got a follow-up question about the chance they might consider a number of fields (construction trades being one of them) using a scale from 1 to 5, where 1 meant ‘no chance no matter the pay’ and 5 meant ‘very good chance if the pay is high.’ Construction trades got an average rating of 2.1, with 63% of undecided young adults rating it 1 or 2 (no or little chance regardless of pay) and 18% a 4 or 5 (good to very good chance if pay is high). 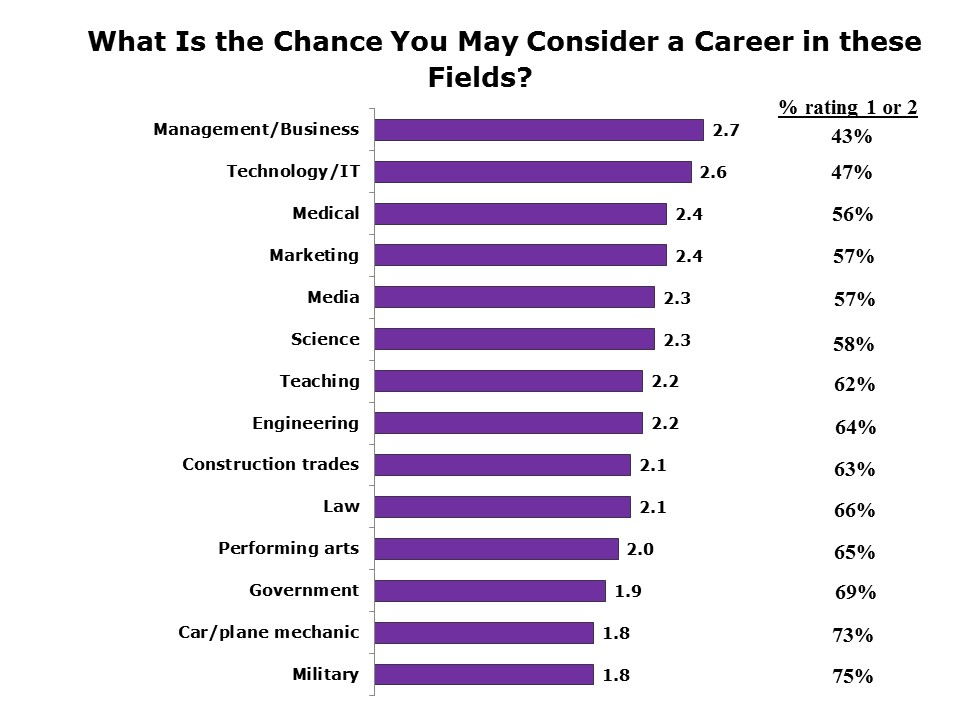 The 63% of undecided young adults who indicated there was no or little chance they would consider a career in the trades no matter the pay were prodded about the reasons for their resoluteness. The two most common reasons are wanting a less physically-demanding job (48%) and the belief that construction work is difficult (32%). They were then asked if there was any compensation level that might entice them to reconsider a career in the trades. For slightly more than 20%, that number is either $75,000 or $100,000, but for the plurality (43%), there is no amount of money that could make them give the trades a second thought.

A complete research paper on this topic can be found here, including an analysis of government data on actual wages for construction occupations relevant to the home building industry. 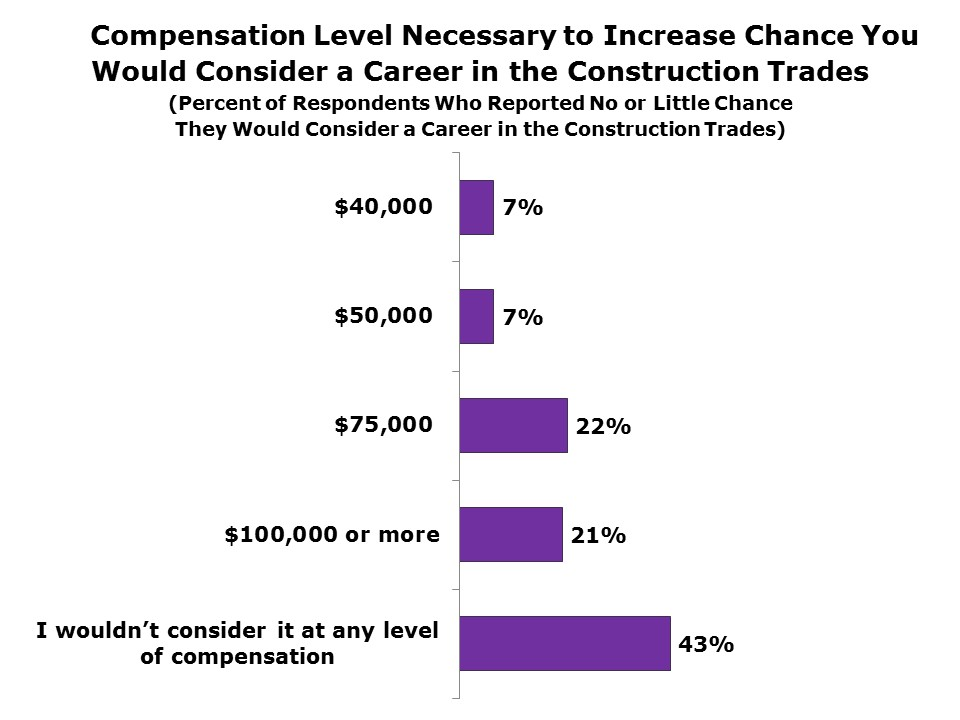