Treasury’s Mnuchin says ‘Working with foreign investors is going to be a critical part of any plan we put forward,’ hoping $200 billion in spending will leverage $1 trillion in investment 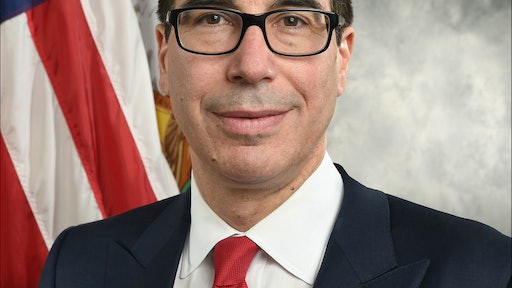 Steven Mnuchin, Secretary of the Treasury

U.S. Treasury Secretary Steven Mnuchin said that the success of President Trump's $1 trillion infrastructure package — which is expected to rely heavily on the private sector — will likely depend on help from foreign investors.

Trump’s infrastructure proposal will try to encourage private-sector involvement through various incentives, with the administration hoping to spend $200 billion to leverage $1 trillion worth of overall investment.

The White House has also endorsed an idea known as asset recycling, which entails selling off public assets to the private sector and using the proceeds to pay for other transportation projects.

“Working with foreign investors is going to be a critical part of any plan we put forward,” Mnuchin said at the SelectUSA Investment Summit in Washington. "Public-private partnerships are crucial to ensuring that the American taxpayer does not bear the full cost of any proposed program."