Value of construction put in place in the US slips in December -- its first decline since June -- and year to date, even as homebuilding makes a year-end surge 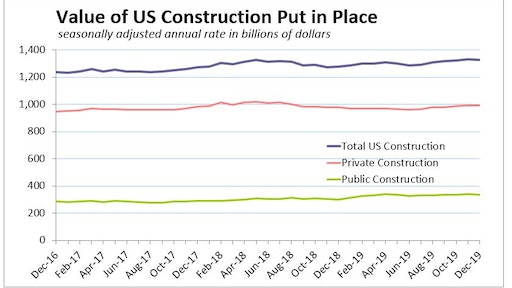 The overall value of U.S. construction put in place decreased 0.2% from November to December as declines in 13 of 16 nonresidential categories outweighed a large rise in single-family homebuilding, according to a new analysis of federal data by the Associated General Contractors of America. 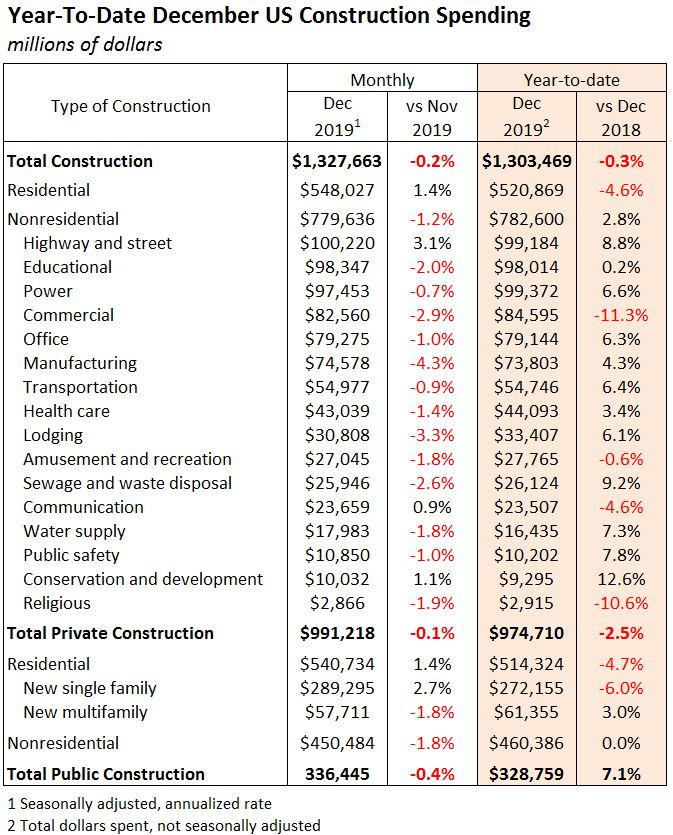 Data: U.S. Department of Commerce, Graph: ForConstructionPros.com“Both the actual spending totals for December and our members’ expectations for 2020 point to a positive year for all major categories of construction,” said Ken Simonson, the association’s chief economist. “Continuing job gains throughout the nation, along with low interest rates, make a good year for residential construction especially likely, while spending many nonresidential categories should match or exceed 2019 levels.”

The biggest nonresidential losses in December came from reduced spending on education, commercial and manufacturing construction.

Construction spending totaled $1.328 trillion at a seasonally adjusted annual rate in December, a decrease of 0.2% from November and a 0.3% slip year to date, compared to 2018, according to U.S. Census Bureau estimates.

Private nonresidential spending declined 1.8% for the month and 0.1% compared to December 2018, and sector spending was flat for the year.

The new spending data comes as AGC’s 2020 Construction Outlook survey found that for each of 13 project types, more contractors expect an increase in 2020 than a decrease in the dollar value of projects they compete for. On balance, the 956 respondents were most optimistic about water and sewer construction, followed by highway and bridge projects, transportation structures (including airports, transit, rail and port facilities), schools, and hospitals.

Association officials said continued growth in highway and other transportation construction depends in part on timely action by Congress and the President to approve new infrastructure spending plans. The officials noted that the current highway and transit funding legislation expires in less than eight months, and they urged policy makers to reach agreement swiftly on how to boost funding for all types of infrastructure.

“Expanding and modernizing the transportation infrastructure is essential for continued economic health,” said Stephen E. Sandherr, the association’s chief executive officer. “That is why Congress and the Trump administration must act quickly to boost investments in all modes of transportation.” 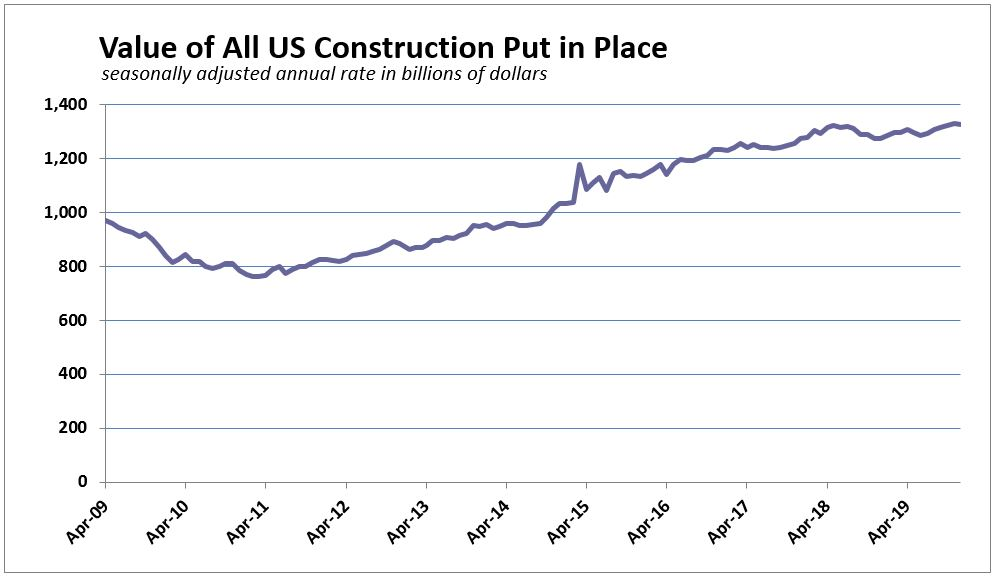