Chao writes that she is ‘deeply troubled’ by the ‘entirely avoidable’ violence on Capitol Hill on Wednesday, as protest resignations from the Trump administration, and calls for Trump's removal, mount 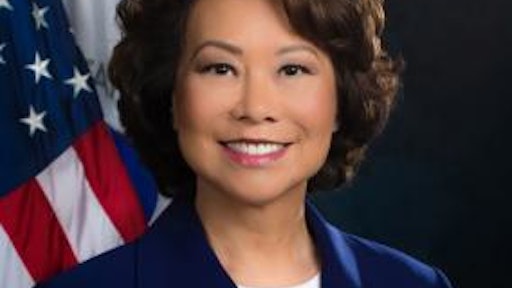 Transportation Secretary Elaine Chao said in a statement Thursday that she is resigning, becoming the first Cabinet member to leave the administration in the wake of President Donald Trump's role in a mob of his supporters breaching the U.S. Capitol building on Wednesday.

In her statement on the resignation, addressed to the agency she led, Chao wrote that she will resign effective Monday. The statement begins: “Yesterday, our country experienced a traumatic and entirely avoidable event as supporters of the President stormed the Capitol building following a rally he addressed. As I’m sure is the case with many of you, it has deeply troubled me in a way that I simply cannot set aside.

"I am tremendously proud of the many accomplishments we were able to achieve together for our country and I will never forget the commitment you have for this Department and the United States of America," her statement continued.

Mick Mulvaney, President Trump’s former chief of staff, told CNBC today that he has resigned as special U.S. envoy to Northern Ireland. “I can’t do it. I can’t stay,” said Mulvaney, adding that Trump was “not the same as he was eight months ago.”

The acting chairman of the White House Council of Economic Advisers also resigned on Thursday.

As protest resignations mounted following Wednesday’s fatal violence, the Trump administration on Thursday circulated a memo to all of its political appointees to submit resignation letters by Inauguration Day, taking a step initially expected months ago that will clear the way for President-elect Joe Biden to start filling the government with his own staff as soon as he enters the White House.

House Speaker Nancy Pelosi joined the growing calls by many Democrats, and some Republicans, to remove President Trump from office.

"I join with the Senate Democratic leader in calling on the vice president to remove this president by immediately invoking the 25th amendment," she told reporters. "If the vice president and Cabinet do not act, the Congress may be prepared to move forward with impeachment."