Sharpening the test to determine who is an independent contractor under the Fair Labor Standards Act will reduce worker misclassification, reduce litigation, increase efficiency, and increase job satisfaction 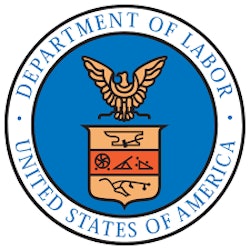 The U.S. Department of Labor today announced a final rule clarifying the standard for employee vs. independent contractor status under the Fair Labor Standards Act (FLSA).

“This rule brings long-needed clarity for American workers and employers,” said Eugene Scalia, U.S. Secretary of Labor. “Sharpening the test to determine who is an independent contractor under the Fair Labor Standards Act makes it easier to identify employees covered by the Act, while recognizing and respecting the entrepreneurial spirit of workers who choose to pursue the freedom associated with being an independent contractor.”

“Streamlining and clarifying the test to identify independent contractors will reduce worker misclassification, reduce litigation, increase efficiency, and increase job satisfaction and flexibility,” said Cheryl Stanton, Wage and Hour Division Administrator. “The rule we announced today continues our work to simplify the compliance landscape for businesses and to improve conditions for workers. The real-life examples included in the rule provide even greater clarity for the workforce.”

The rule will take effect 60 days after publication on the Federal Register, on March 8, 2021.