While fewer labor price increases were reported in January, material and equipment costs moved upward for a second straight month. 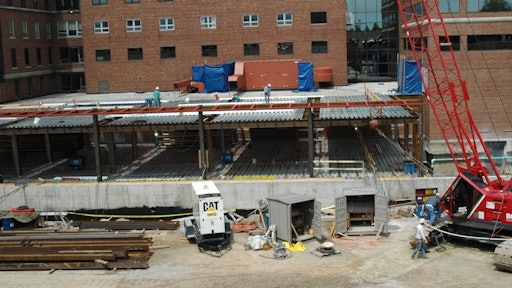 Engineering and construction costs saw their third consecutive month of increases in January, with price escalations reported in all categories of materials and equipment, according to the latest IHS Markit PEG Engineering and Construction Cost Index from IHS Markit and the Procurement Executives Group (PEG). Based on the latest survey results:

For the first time since July 2018, all categories under the materials and equipment sub-index saw price increases, with copper continuing its rise for the seventh consecutive month. Carbon steel skyrocketed, with the price index leaping from 50 in December to 70 in January. Heat exchangers and pumps and compressors went from flat to rising pricing for the period as supplies tightened and input costs increased.

Seasonal influences were likely behind a decline in subcontractor labor costs, though it varied by region. Labor costs:

While below November’s total of 78.1, the six-month headline expectations for future construction costs index rose slightly in January to 76.7, indicating respondents’ expectations for ongoing price increases in the first half of the year. This correlates with forecasts for modest expansion in certain segments of construction activity, particularly housing, as the year progresses.

Six-month expectations for the materials and equipment sub-index rose from 76.4 to 80.1 in January, while the subcontractor labor sub-index recorded a reading of 68.8 in January vs. its total of 72.2 in the previous month. Labor costs are expected to increase in all regions of the U.S. and Canada as the year progresses.