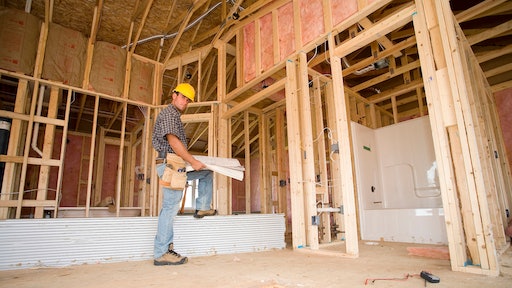 Single-family home starts continue to be weak, but forecasts suggest stabilization followed by slight gains in the future.
ISTOCK/GETTY IMAGES

According to a estimates from the U.S. Housing and Urban Development and Commerce Department, single-family starts continued to show weakness in March, despite the recent stabilization in the NAHB/Wells Fargo Housing Market Index (HMI). After downward revisions made to the February data, single-family starts were down 0.4% to a 785,000 seasonally adjusted annual pace in March, the lowest such rate since September 2016.

On a year-to-date basis, single-family construction is 5.3% lower than the first quarter of 2018. National Association of Home Builders's (NAHB) forecast, and the forward-looking HMI suggest that future data will show stabilization followed by slight gains due to recent declines in mortgage interest rates. However, single-family permits continued to be soft in March, declining 1.1% for the month to a 808,000 annual pace, the lowest since August 2017. 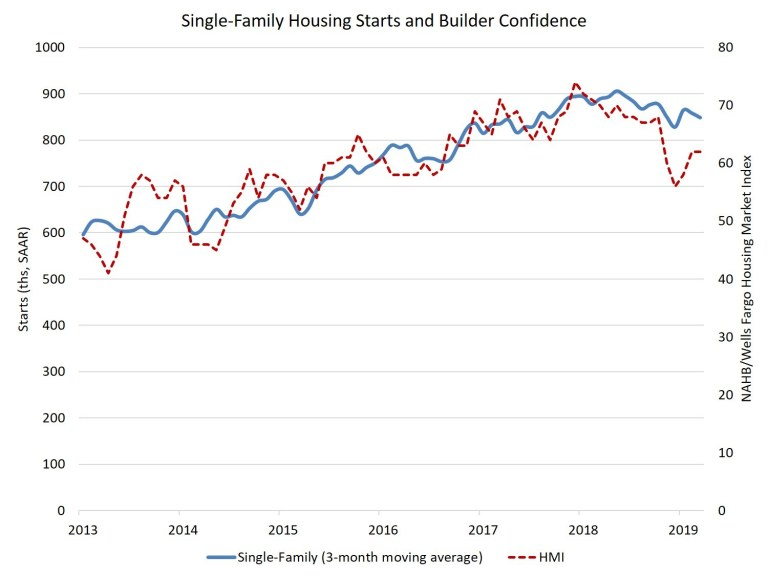 On a regional and year-to-date basis, single-family starts are down 21% in the housing affordability challenged West, 20% in the Midwest, 2% in the Northeast and up 5% in the South. 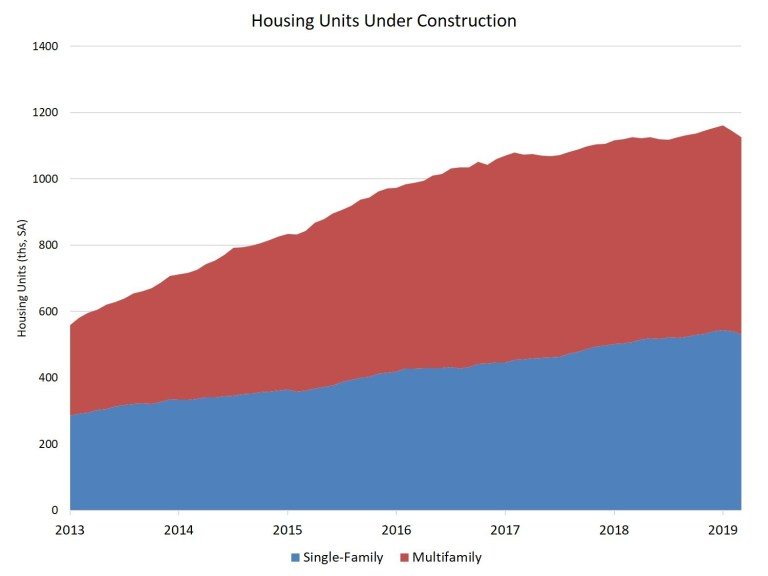