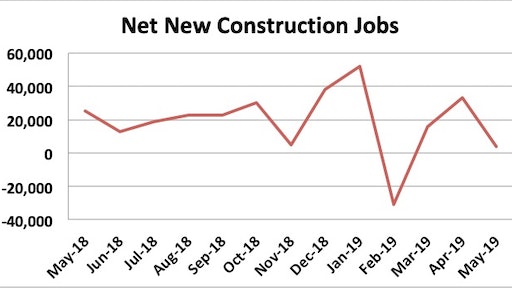 Construction continues to add jobs in May but at a much lower number compared to April.
Associated Builders and Contractors

The construction industry added 4,000 net new jobs in May, according to an Associated Builders and Contractors (ABC) analysis of U.S. Bureau of Labor Statistics data. On a year-over-year basis, construction employment has expanded by 215,000 jobs, an increase of 3%. 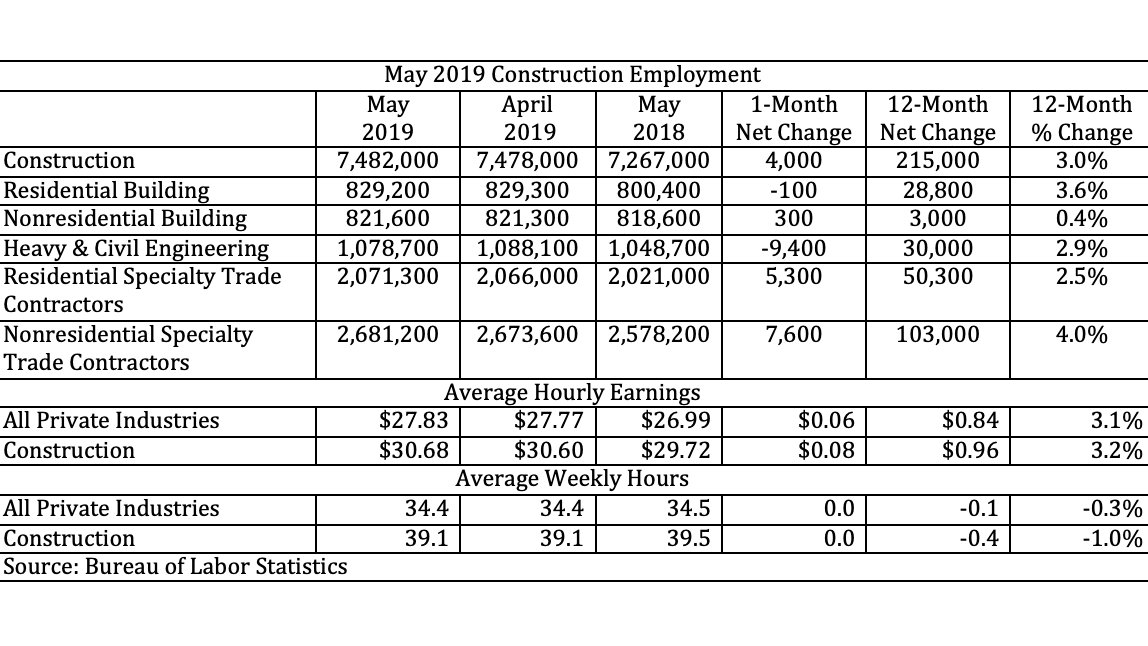 “The leading source of concern in the U.S. economy has been steadily shifting from inflation to the pace of growth for several months,” said ABC Chief Economist Anirban Basu. “Today’s data release pushes us further in that direction. While the U.S. economic growth is slowing — averaging around 3% during the past five quarters — that in and of itself doesn’t mean much. Perhaps what matters more is why the economy has begun to soften and what the potential explanations mean for construction firms. 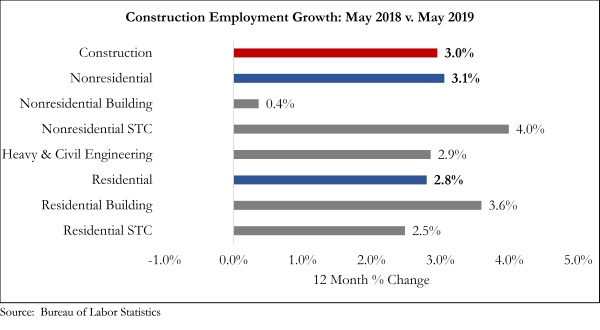 “At the top of the list is a softening global economy,” said Basu. “Among other things, this has helped to limit corporate earnings growth, which, in turn, translates into weaker business spending. Slipping activity in certain key industries has also contributed, including in the U.S. automotive and airplane manufacturing sectors, as well as current trade conflicts. For years, ABC analysts have pointed to 2020 as a likely period during which the next economic downturn will begin. That conjecture remains sensible, especially in light of today’s release.

“For contractors,” said Basu, “many of whom have a backlog that will carry them through 2020, this suggests emerging weakness in demand for construction services at some point in 2021 or 2022. Of course, much could happen to disrupt this trajectory, including a U.S.-China trade deal, ratification of the new North American trade deal, a federal infrastructure plan and a Federal Reserve that instills confidence in various economic actors.”