Dealing with the competitors and clients who make it tough to make money. 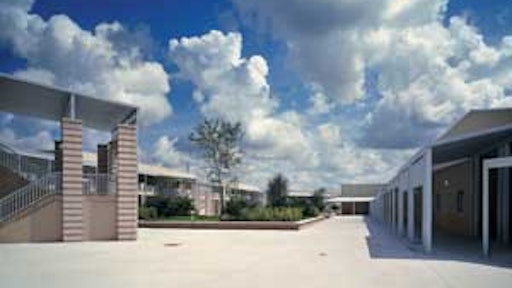 Editor's note: The following is condensed from a seminar presented at the American Society of Concrete Contractors' Fall Conference.

Almost every contractor has had to deal with the "low ball terrorist," says Clay Fischer, president of Woodland Construction Co., Jupiter, Fla. Whether it's another concrete contractor, a general contractor or a client, they're "the guys who make it tough for you to make money."

There are six basic types of low ball terrorists or LBTs:

1. The Cheater
This is the company that pays employees "under the table," subs its work to labor subcontractors and doesn't pay payroll taxes, workers' compensation or liability insurance.

By cutting corners, these companies are able to charge less and still make money, but put their employees and the people who hire them in legal danger.

"In our market, workers' comp can be 20 percent of payroll," Fischer says. "It's tough to be a responsible person, play by the rules and still make money in a situation like that."

2. The Five-job Wonder
These are the guys who work cheap because they don't know the cost of doing business.

Typically, the owners of these companies then pop back up under a new name and do the same thing, continuing the cycle as long as general contractors will hire them to do the work.

"GCs don't look at the whole cost of doing business with someone like this," Fischer says. "They see that low bid and don't worry about what's going to happen when they can't finish the job."

3. The Bid Shopper
This one isn't a competitor, but a potential customer.

"This is the person who says, 'I have a lower number, but I'd rather work with you. Can you match it?' But usually the lower number doesn't exist," Fischer says. "We always tell them to show us the guy's quote."

"These are the customers who treat our work like a commodity," he says. "Our work is an art. Not everybody can do the quality of work that we do."

4. The Change Order Artist
This contractor goes in with a low number expecting to make it up with change orders along the way.

"They leave a lot of stuff out of their estimate and hope that the customer doesn't notice," Fischer says. "These days, too many people don't understand how to qualify bids, so somebody like this can get the job as the 'low bidder.' "

5. The Reverse Auctioneer
This one's the customer who tries to reduce costs by holding a "reverse auction" where subcontractors bid the price down in preset increments until there is only one bidder left. In the last few years, this method has been losing popularity. A recent study by the federal government showed that reverse bidding on government jobs had not saved money, but it is still being used by some companies in the private sector.

"We've done it once or twice, but it's not a good way to do business," Fischer says. "If you don't have to do it, stay away from it."

6. The Carrot Dangler
A 'carrot dangler' is the customer who promises they'll make up the low price on this job with a "big job" in the future.

"We've all dealt with this guy, but that promised 'big job' never seems to develop," Fischer says.

There will always be low ball terrorists, Fischer says, so a successful company needs to find ways to overcome them.

"Find a market niche," he says. "For us, it means doing the difficult jobs that no one else wants to touch."

Another way is to become the "expert" for others in the construction industry.

"We want to be the go-to guys for designers," he says. "We want them to think of as the experts in tilt-up construction in the market."

Woodland does this by providing seminars and lunch presentations to architects and others touting the benefits of tilt-up. They help with troubleshooting and consulting on projects before a contract is awarded or sometimes even after someone else has gotten the job.

Referring business to these other professionals can also make a difference. Fischer estimates that they refer 20 to 25 jobs a year to engineers, who repay the favor when they have a client looking for a contractor.

A company can also offer value-added services that others don't. For example, Woodland's bids always include items such as caulking, welding and waterproofing, which are left out of many competitors' bids.

"Starting two years ago we had severe shortages of concrete in Florida," Fischer says. "Because of our relationships, our suppliers kept increasing our allotments and we got through it."

It's also important to look at ways you can improve your business operations to make your company more efficient by focusing on training staff and implementing systems.

"There's one way we do everything, so that allows guys to multitask, making us more efficient and maintaining quality," Fischer says.

Finally, just try to stay ahead of the market by anticipating where the next building boom will be. A few years ago, Woodland recognized that there would soon be a need for more schools in Florida, so they pursued that market and now dominate it.

"Take a look at where growth is in your area and there's probably something you can see coming," Fischer says.

Downtime is the last thing you want during the season. That's why Wirtgen offers the Machine Rebuild Program. Get your Wirtgen, Vogele, Hamm & Kleemann machines ready for 2021 now.
January 7, 2021
Follow Us