Among the projects contractors and the USACE team are overseeing at Fort Carson, the U.S. Army Mountain Post in Colorado Springs, Colorado, replacing an outdated airfield is the biggest. 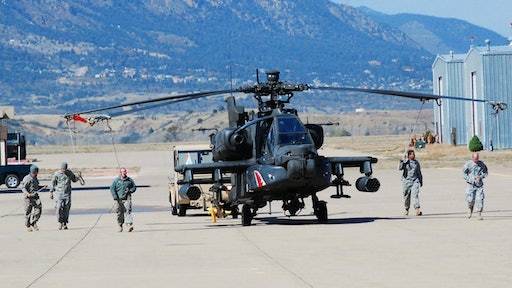 Among the projects the contractor team is overseeing at Fort Carson, the U.S. Army Mountain Post in Colorado Springs, replacing an outdated airfield is the biggest.
U.S. Army

Daniel Morak is a builder at heart.

From the commitment and camaraderie, to the challenges and opportunities, there’s nothing he doesn’t love about seeing construction come to life.

Morak served in the U.S. Army for 23 years before retiring as a Non-Commissioned Officer in Charge of Battalion Operations at Fort Bragg.

Now in his second career as a Quality Assurance Construction Representative for the U.S. Army Corps of Engineers (USACE), he is overseeing projects of many scales and complexities.

“Seeing a team transform a piece of ground from nothing into a building is thrilling,” says Morak, who describes his current role as a jack of all trades, master of none.

While his Army background was in soil compaction and earthwork, since joining the USACE in 2015, he has led projects ranging from simple duct banks to technology-infused buildings. The USACE is a federal agency under the Department of Defense overseeing a wide range of public infrastructure across the U.S. and around the world. Though most often associated with maintaining dams, canals, and flood protection infrastructure, the USACE also leads the design and construction management of military facilities where members of the U.S. armed forces train, work, and live.

“Our office oversees construction and inspection of critical infrastructure,” Morak says. “We spend public money wisely by making sure contractors deliver projects as drawn and specified. Our job is to ensure our military is getting the quality they need and richly deserve.” 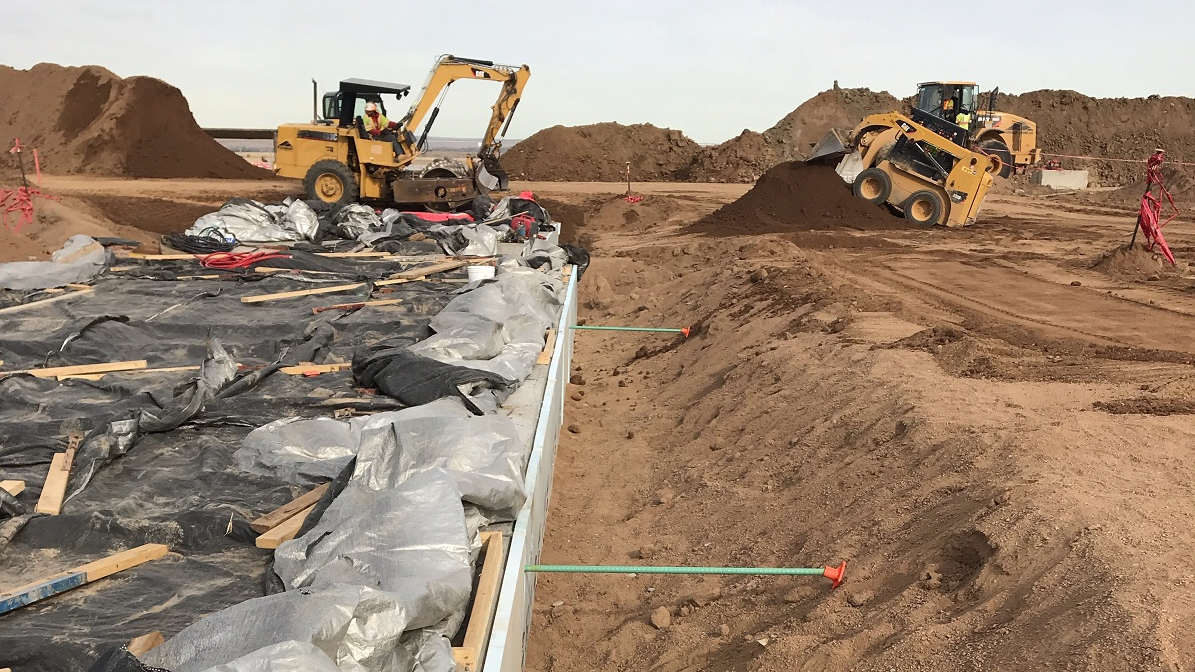 Originally laid in the 1950s, much of Butts Airfield had long exceeded its useful purpose and the Army wanted a new, larger airfield along with more modern support facilities to service and store aircraft.Interstate Highway Construction (IHC)

Among the projects Morak and the USACE team are overseeing at Fort Carson, the U.S. Army Mountain Post in Colorado Springs, replacing an outdated airfield is the biggest.

Originally laid in the 1950s, much of Butts Airfield had long exceeded its useful purpose and the Army wanted a new, larger airfield along with more modern support facilities to service and store aircraft.

“In total, the airfield rehabilitation covers about 14 acres of concrete,” Morak says.

Beginning with demolition and removal of the existing airfield, aprons and hangars followed by compacting, leveling, and placing the concrete, Morak has spent most of three years overseeing the airfield’s rehabilitation.

“We have poured 72,000 yards of concrete on the airfield and another 4,200 yards inside the attack hangar; a massive job altogether,” he says.

Delivering the expected quality within the USACE’s schedule and budget expectations, while working on an active military base has been no small assignment for infrastructure contractor Interstate Highway Construction (IHC).

Founded in 1947, IHC is a full service heavy civil contractor serving most of the Midwest, with offices in Centennial and Denver, Colorado; Owosso, Michigan and Royse City, Texas. IHC has a long history of completing federal projects for agencies such as the Department of Defense, Federal Aviation Administration, as well as state departments of transportation, counties and cities on concrete paving projects of every sort.

Cameron Thompson is the superintendent leading the work at Fort Carson. He’s spent his entire career with IHC, building a ground-up understanding of the means, methods and execution of high-stakes civil construction while working on airfields, highways, roadways and structures. Thompson takes a lot of pride in the work he does and the teams he leads.

“I love the people, the process, the high expectations and seeing the results when everything comes together,” he says of his passion for the work and responsibilities at IHC.

Over the last 13 years, Thompson has had several opportunities to work on USACE projects and appreciates a client with exacting expectations. Through a series of previous paving projects at Fort Carson, Thompson built a relationship with the USACE. Earning trust opened doors, and after years of paving exterior concrete exclusively, IHC was invited indoors to install the concrete floors on the interior of the new attack hangar.

The large, open-span, pre-cast concrete building will see year-round use as an aircraft maintenance facility where military personnel need to be comfortable working even with the massive hangar doors wide open in the winter.

“Radiant heating has been built into the hangar’s concrete floor to maintain thermal comfort during the colder months of the year,” Thompson says. 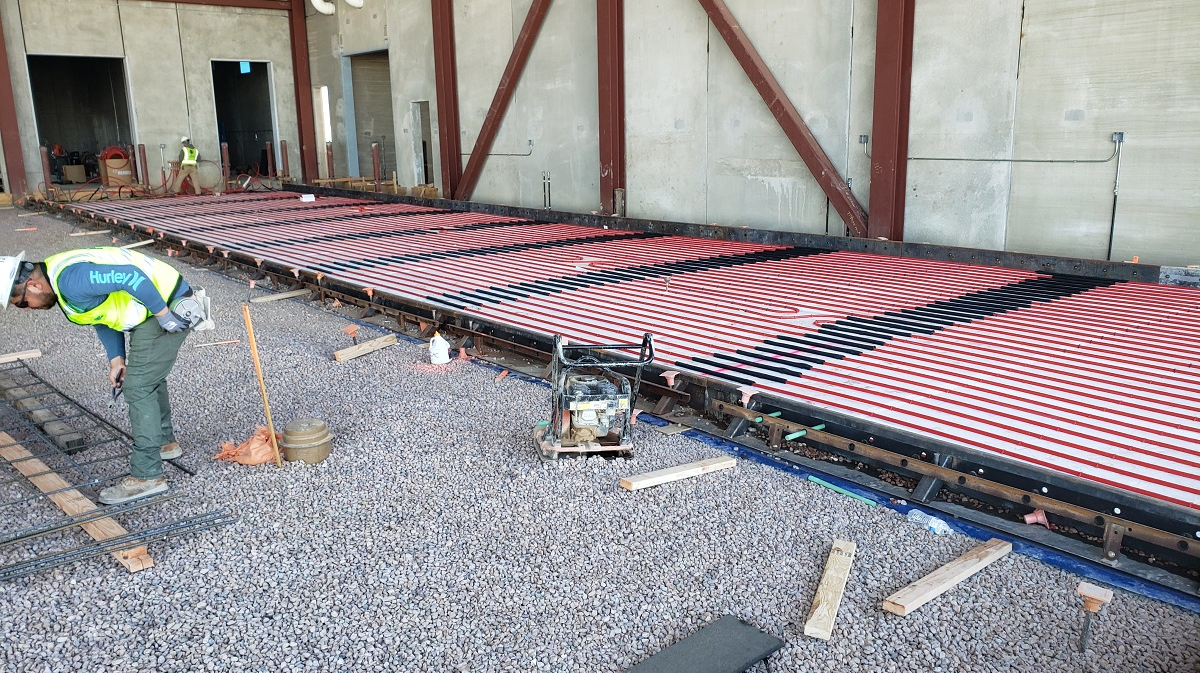 Placed below the concrete before it is poured, radiant heat incorporates plastic tubing to circulate a hot liquid beneath a floor. The heat within the tubes radiates up through the concrete and is released to warm the surrounding air via convection. A key facet of maximizing the efficient return on investment in radiant heating is controlling the heat’s direction of dissipation.Interstate Highway Construction (IHC)

Placed below the concrete before it is poured, radiant heat incorporates plastic tubing to circulate a hot liquid beneath a floor. The heat within the tubes radiates up through the concrete and is released to warm the surrounding air via convection. A key facet of maximizing the efficient return on investment in radiant heating is controlling the heat’s direction of dissipation. The USACE’s design specification called for rigid insulation beneath the tubes and 60 PSI high-density, rigid insulation from Atlas Molded Products was ultimately selected.

“A layer of molded polystyrene foam acts as an insulator between the earth and the concrete,” Thompson says of the need to efficiently control how the heat dissipates.

As much as 50 percent of a building’s heat loss occurs at the perimeter and slab of the foundation, making a below-grade thermal barrier vital to achieving thermal comfort efficiently in the large, high-ceiling hangar.

Although it was Thompson’s first time personally using molded polystyrene as an underslab insulation, it’s well-known for its capacity to insulate roofs, walls, and building foundations in pursuit of high-performance building envelopes on facilities of all sorts.

Atlas’ line of architectural insulations provides owners and builders with stable R-values between 4.2 and 4.7 per inch and high compressive strengths ranging from 15 to 60 psi. Molded polystyrene’s ability to quickly dry after wetting conditions facilitates Atlas’ products ability to maintain their established R-Values for the life of the building, which translates to more efficient operations.

“The molded polystyrene foam insulation was a really easy product to work with,” Thompson says.

The soil was compacted, covered with 1-inch rock, and the rigid foam was laid flat on top of it.

“We were able to cut penetrations, notch around pipes, and easily fit it around every angle,” he says.

Cost is always a driver in any material selection process. Savvy owners like the USACE understand the necessity of calculating not only first costs, but long-term operations costs into decision making.

“The USACE doesn’t sole source any particular products,” Morak says of material procurement. “We do have a Buy American Act, and we use American-made materials wherever possible.”

As the finishing touches are being put on the hangar at Fort Carson, Morak and Thompson are pleased with the project’s success.

“IHC brought the same effective, efficient, and exacting mentality from their exterior concrete projects to the interior,” Morak says. “We can all take pride in knowing this top-flight facility will soon be in service and a job well done.” 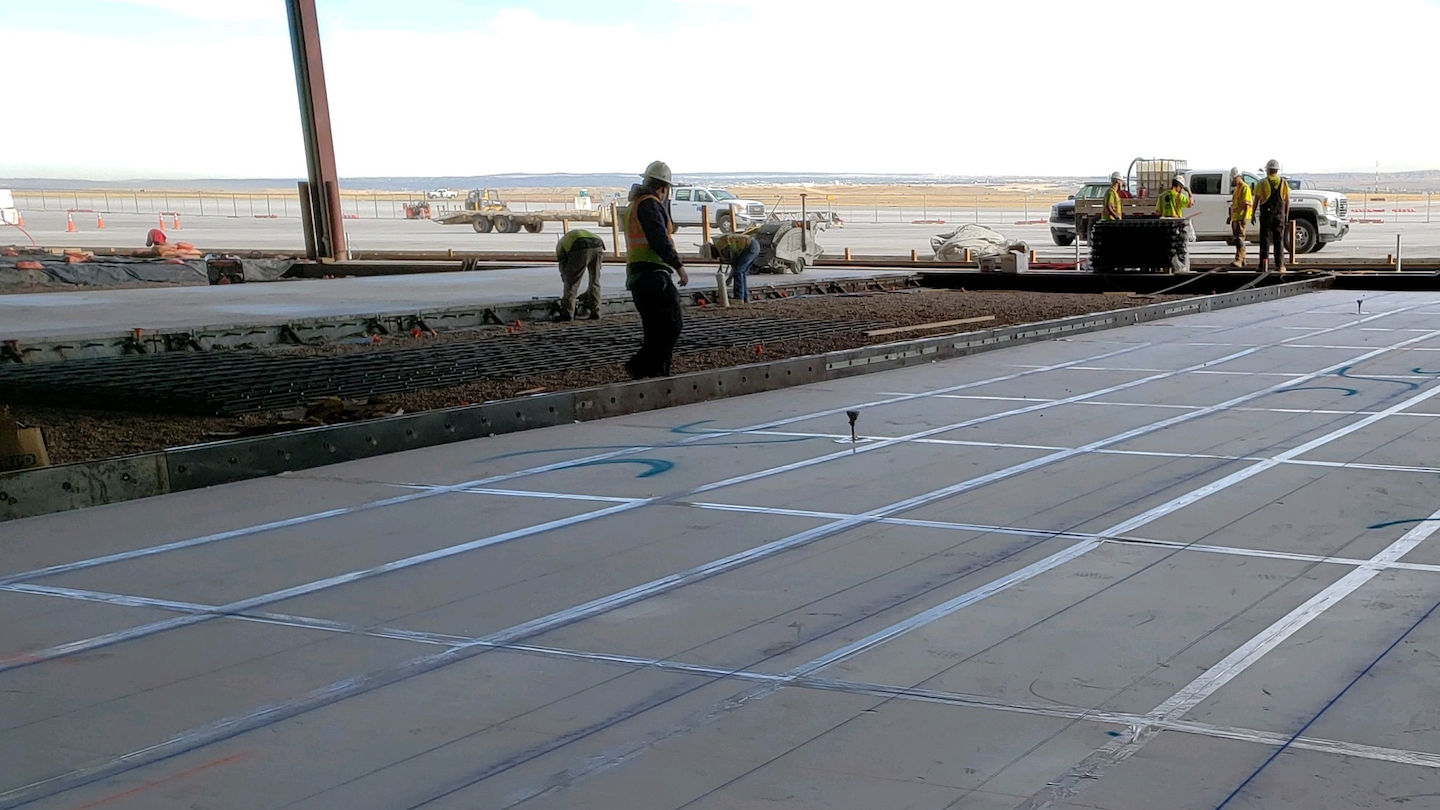 The soil was compacted, covered with 1-inch rock, and the rigid foam was laid flat on top of it.Interstate Highway Construction (IHC)

With all the reports on the collapse of Miami's Champlain Towers South Condo Building, ForConstructionPros.com is combing through everything we can find to bring you details of the story all in one spot. The building was demolished on July 4.
Jonathan Kozlowski
June 28, 2021
Follow Us