In preparation of potential delays in the construction of the Ponte Taro Bridge, Italy, contractors utilized an anti-corrosion solution on the post-tension cables. 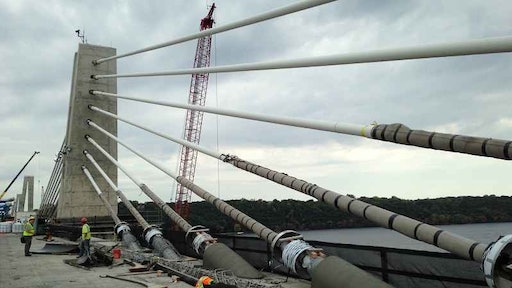 Cortec’s patented MCI® Technology was designed to protect reinforcing metal in concrete from corrosion is widely used around the globe. Application of MCI® products experienced rapid growth in recent years due to a number of factors such as proven efficiency and environmental advantages. By using this technology, corrosion initiation is delayed, and the lifecycle of structures is significantly extended.

Designers and contractors across Europe are now using MCI® Technology in the most demanding projects. Currently, MCI®-309 is being used in the construction of Ponte Taro Bridge in Italy. New cables will be grouted with cement grout in about two to three months. After tensioning of the cables, MCI®-309 powder will be applied to ensure proper protection of the cables during this period. Unfortunately, delays are very common in large construction projects such as bridges that may take many years to complete. 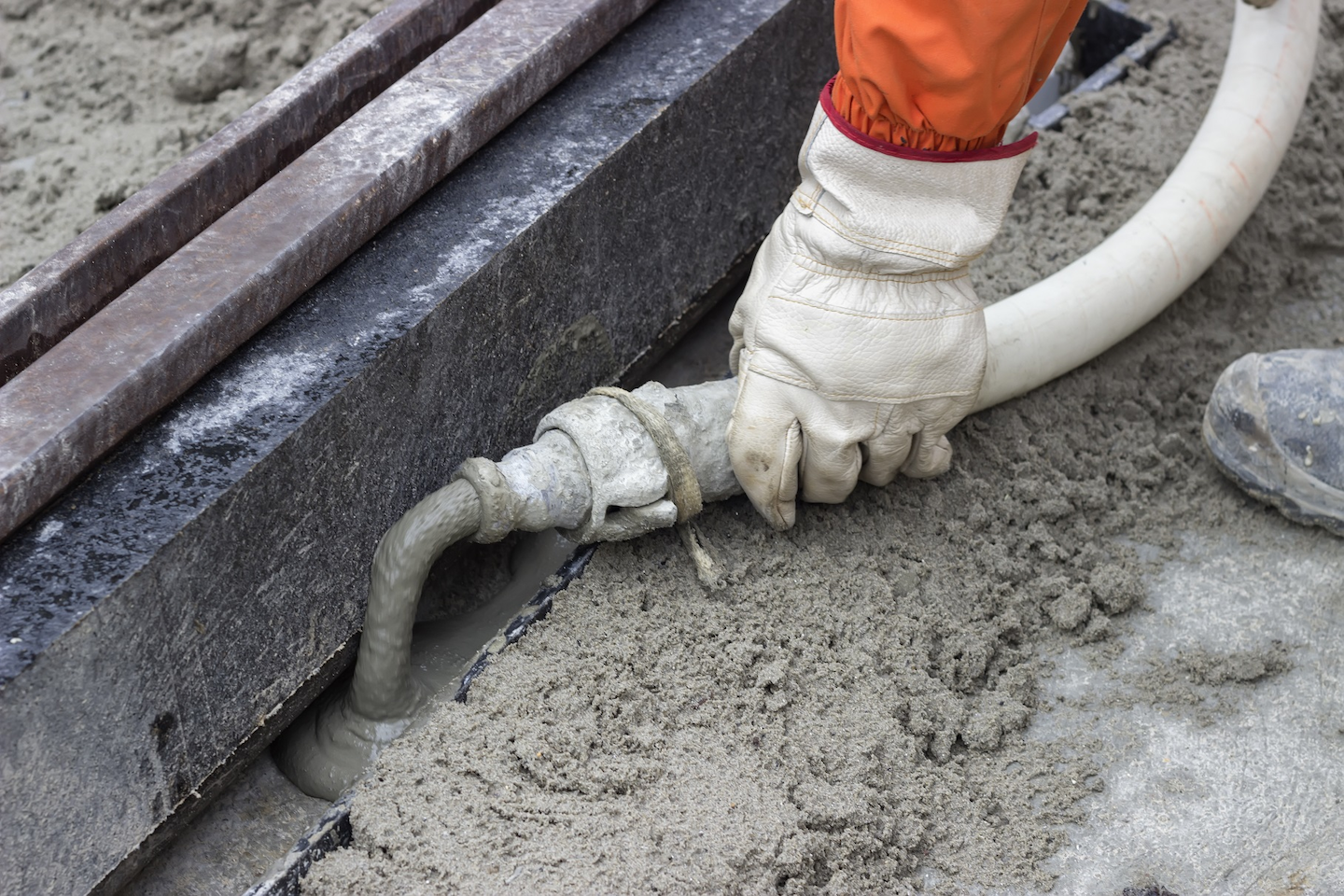 For structures that use post-tensioning, grouting is one step that is often postponed for several weeks or months due to cold weather, transit of precast segments, or other project delays. During this time, post-tensioning (PT) tendons installed in PT ducts are at risk for corrosion, especially in environments of extreme moisture, chlorides, or high temperatures. While it can be difficult to protect these tendons in such hard-to-reach areas, Cortec® has provided a simple solution by offering MCI®-309—a Migrating Corrosion Inhibitor™ that requires no flushing before grouting. MCI®-309 has been recently improved by removing silica from its formulation.

MCI®-309 is a powder-based Migrating Corrosion Inhibitor™ for the protection of ferrous and aluminum metals located in recessed areas, interior cavities, and structural voids. It is an extremely efficient dry method of protecting metals within an enclosed space by simply dosing MCI®-309 powder into the void. Upon application, it vaporizes and forms a molecular layer of corrosion inhibitors on the metal surface. If this layer is ever compromised (for example, by moisture or by opening the enclosed space), it will be automatically replenished by new vapor being continuously released from the powder carrier. MCI®-309 is considered ambiodic (mixed), meaning it protects both anodic and cathodic corrosion sites of the metal. It does not contain silica, silicates, phosphates, nitrites, or heavy metals. 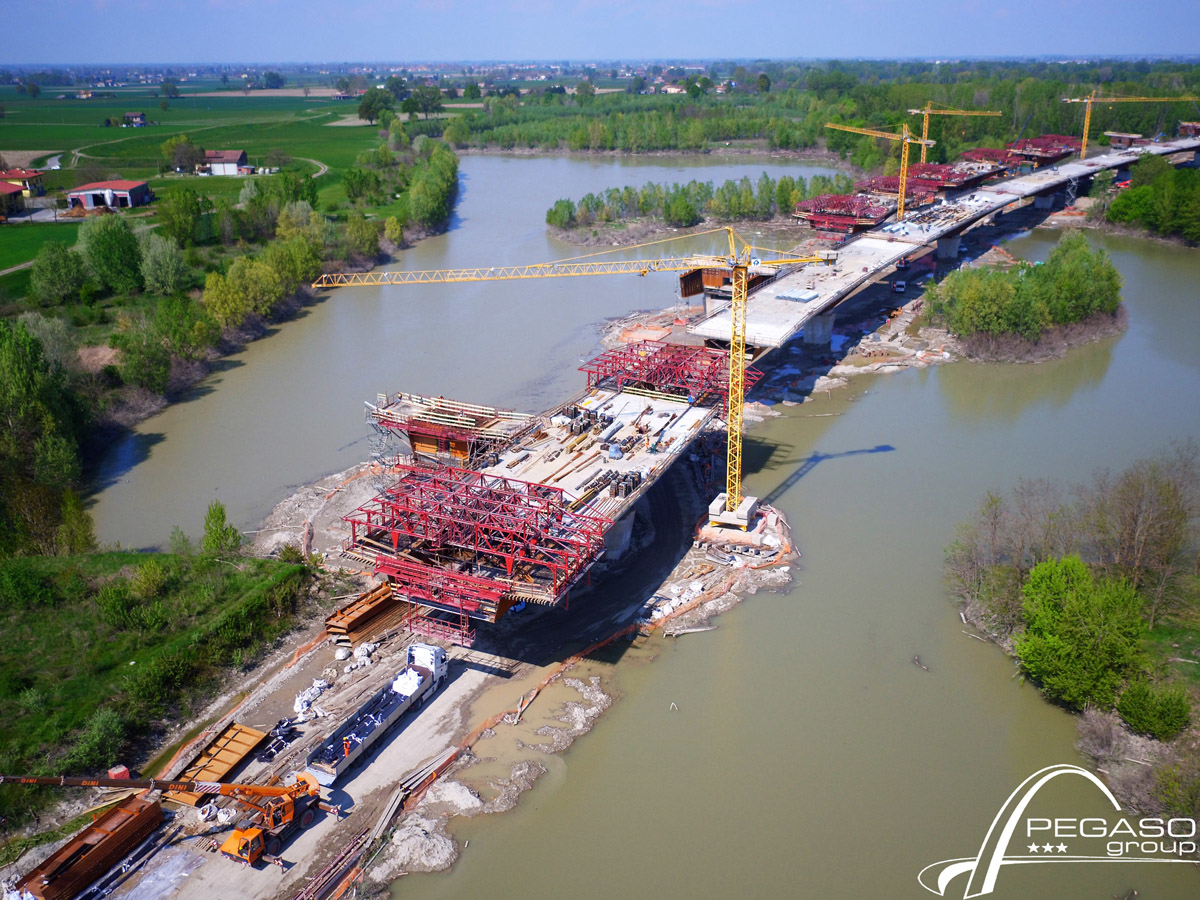 As one of the easiest and most cost-effective methods on the market for corrosion protection of prestressed tendons, MCI®-309 requires little to no surface preparation and is easy to apply by dusting, fogging, or sprinkling. It is also easy to remove by air gun or water. As a matter of fact, the removal of MCI®-309 is typically not required prior to concrete or grout placement. This is a huge advantage over oily or grease-based corrosion inhibitors that need to be cleaned off before grouting—introducing moisture into the cavity by means of an expensive and time-consuming cleaning process. MCI®-309 does not affect physical properties of concrete and grout. Testing has also confirmed that MCI®-309 does not affect strand pull-out strength compared to a control.

There are countless potential uses for MCI®-309, the most obvious being protection of PT strands placed in bridges but not yet grouted. Sometimes this is needed on location where the bridge is going up; sometimes it is offsite where bridge segments are precast and prepared for transit. MCI®-309 can also be fogged into a variety of other tubular structures, pipes, and vessels where inaccessible or recessed metal surfaces are at risk for corrosion but are otherwise difficult to reach. While MCI®-309 is typically used for construction and grouting delays of several weeks or months, the product can actually provide up to 24 months of protection.

Contractors can avoid delays, minimize risks, improve productivity, and reduce construction costs by taking some or all of their formwork detailing and planning in-house.
Trimble Navigation Ltd.
Jul 7th, 2021

Air quality is not only important for construction workers’ comfort but also for their health. Propane-powered construction equipment can provide a clean, low-emissions operation at the jobsite.
Propane Education & Research Council (PERC)
Jul 2nd, 2021

Specifications and technical data to help you choose your next concrete saw.
Jun 23rd, 2021