Cortec’s MCI 2020 surface applied corrosion inhibitor was selected to treat salt damage on a Croatian bridge before the repair process. 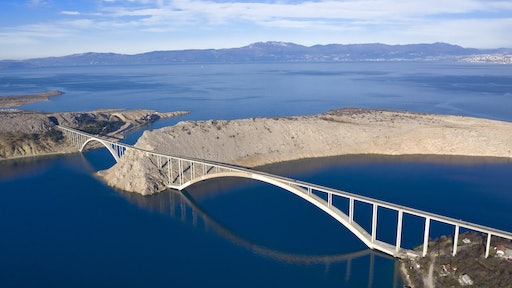 Years of improper maintenance and harsh environmental impacts were cause for concern for an important bridge in Croatia. The Krk Bridge is a reinforced concrete arch bridge that connects the Croatian Island of Krk to the mainland and carries more than 1 million vehicles per year. The longer of the bridge's two arches is the longest concrete arch in the world outside of China.

Due to its sensitivity, the entire reinforced concrete structure of the bridge requires constant monitoring and maintenance, so that it can live up to its 36-year service life expectancy. Skipping maintenance, even for one year, could result in more expensive and difficult repairs later. Cost of regular and extra maintenance on the Krk Bridge is about $1 million EUR annually. 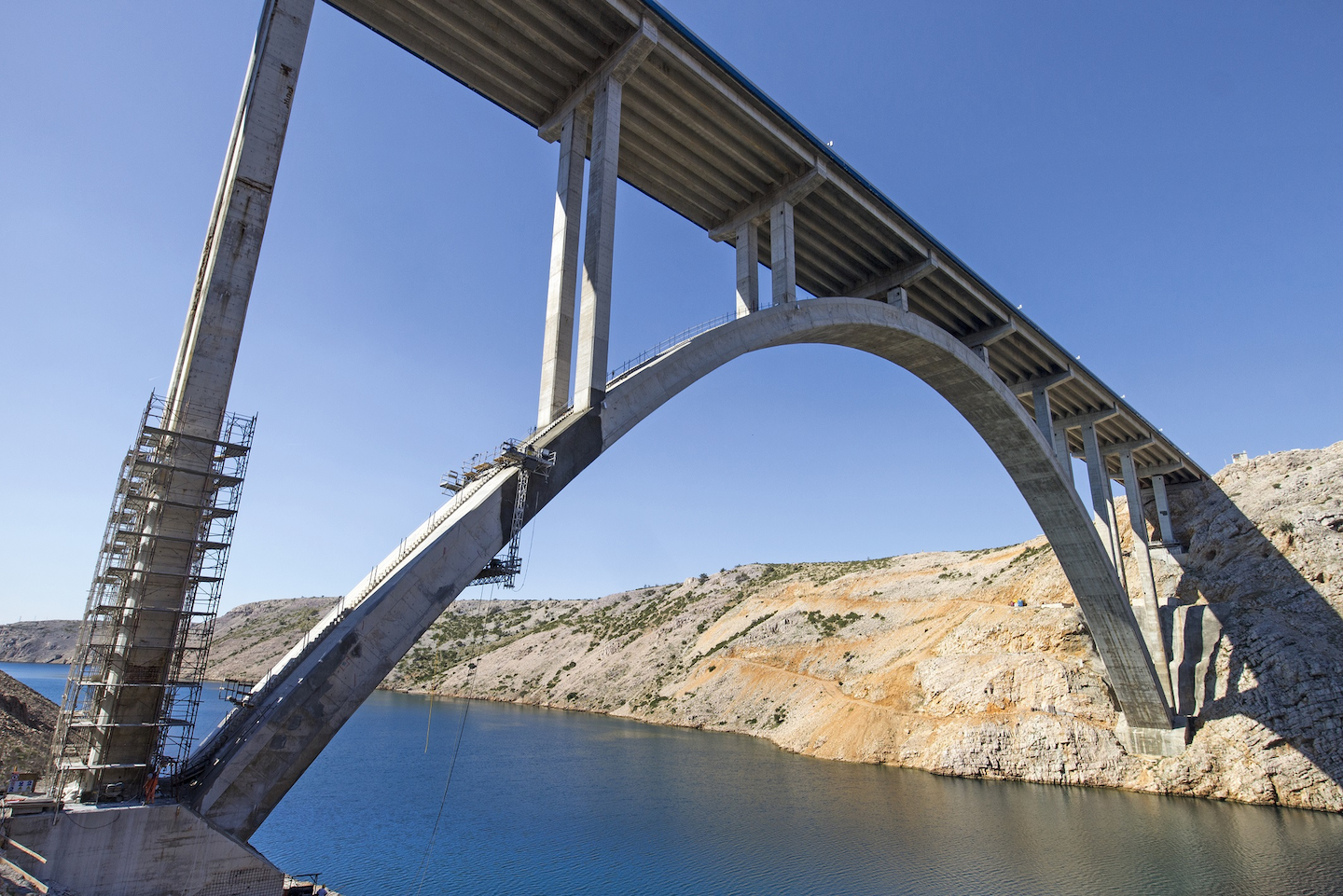 Application of MCI 2020 will stop further corrosion of reinforcing metals and extend the service life of the bridge.Cortec Corp.

During this annual monitoring, an investigation by competent institutions found strong winds over the years had caused salt from the water below to accumulate on the surface of the reinforced concrete structure, leaving chlorides to penetrate through the protective layer of concrete to attack the reinforcement. The investigation found that continuation of this process could endanger the stability of the bridge, and thus, a preservation project was initiated. The repair will be continuously carried out in several phases over the next 30 years.

The field investigation of the current status and the preservation project design was done by IGH, Institute for Civil Engineering in Zagreb. According to the results of the exploratory works, the concrete was mainly contaminated to the depth of the main reinforcement. The first phase was to remove the existing concrete to this depth. After the removal of the contaminated concrete layer, the cleaned concrete surface was treated with MCI 2020, a surface applied corrosion inhibitor designed to migrate through concrete structures and seek out the steel reinforcement bars in concrete.

With the agreement of the investor, designer and contractor, it was decided that prior to beginning the repair works an experimental study would test materials by five producers from Croatia and abroad. After additional field and laboratory tests, the investor selected Cortec’s MCI®2020, a migrating corrosion inhibitor that protects reinforcing metal in concrete from corrosion. The product met all the technical requirements of the project, and in addition to its superior performance, it is economical and easy to apply. 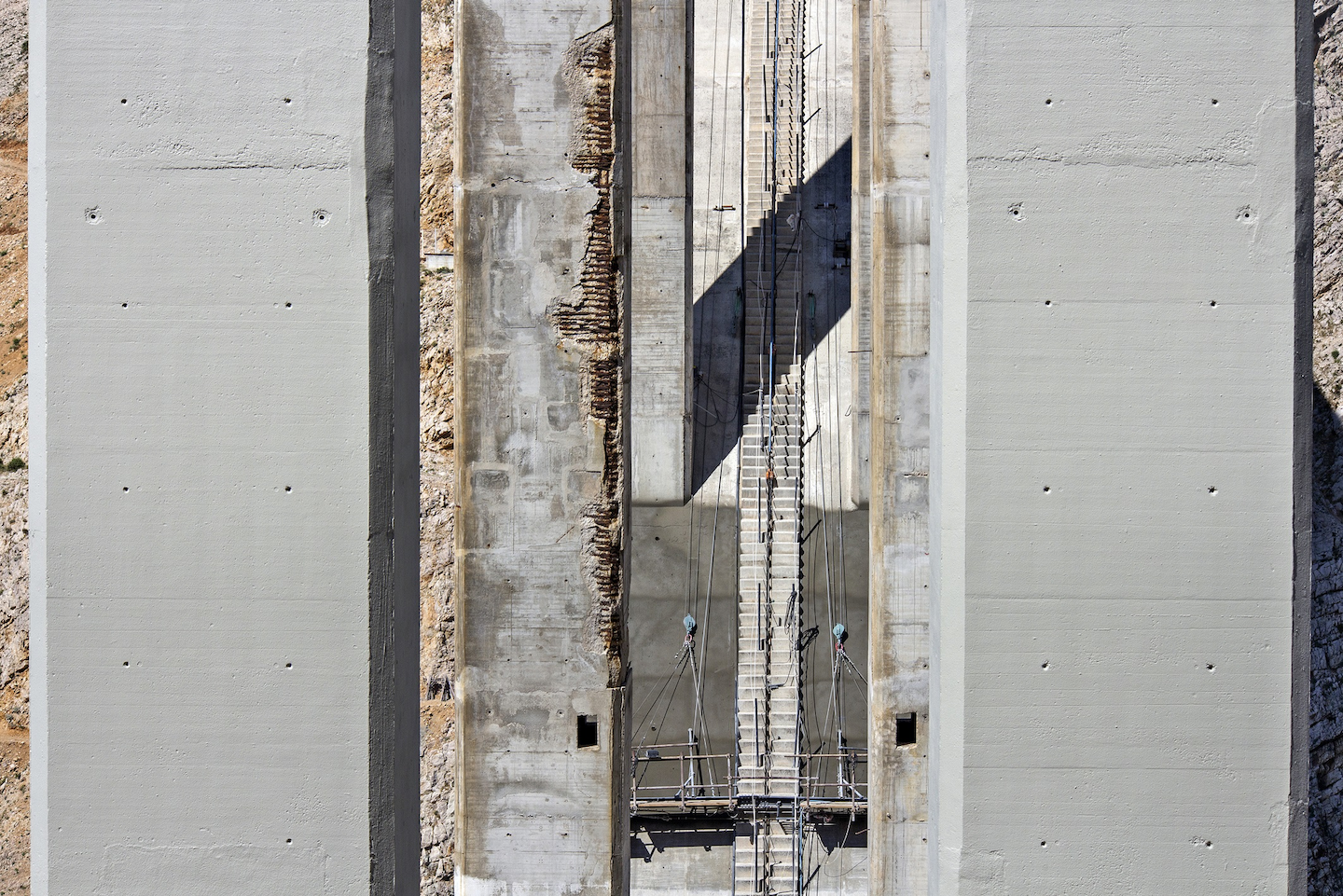 Renewing corrosion damages on the bridge's arch and pillars.Cortec Corp.MCI is also unique in that if not in direct contact with metals, the inhibitor will migrate a considerable distance through concrete to provide protection.

Before applying MCI, a detailed visual inspection of the condition of the concrete and reinforcement was performed, and cracks were determined as well as reinforcement. The determined errors were eliminated by removing the concrete and cleaning the rebars. If corrosion had already started, MCI 2020 was applied. Before applying the mortar, the surface must be well moistened to be saturated with water, and excess water from the surface must be removed. It is important to emphasize that prepared repair mortar that is applied by spraying onto the surface treated with the MCI 2020 inhibitor in a single layer shows excellent adhesion and no binding layer is required. Compatibility of repair mortar with migratory corrosion inhibitors Cortec MCI 2020 were tested and proven in laboratory in Italy.

This case study was submitted by Cortec Corp.

Pushing construction technology further to get real time data from concrete sensors, Purdue researchers have been working on a years-long project to investigate the value of integrating concrete sensors with the internet of things.
Jonathan Kozlowski
February 3, 2021
Follow Us