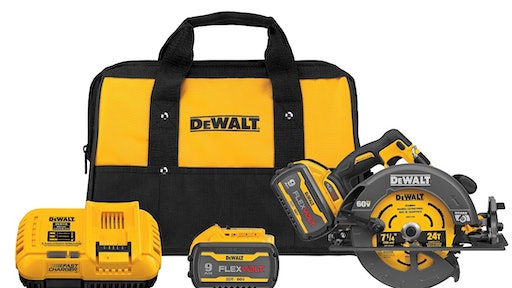 Dewalt recently announced an upgrade to its 60V MAX* FLEXVOLT 7-1/4 in. Circular Saw (DCS578). The DCS578 received new motors, software and controls. Other features include: