‘Because both sides of the border share common goals, aligning our path toward achieving them strengthens the North American pumping industry’ 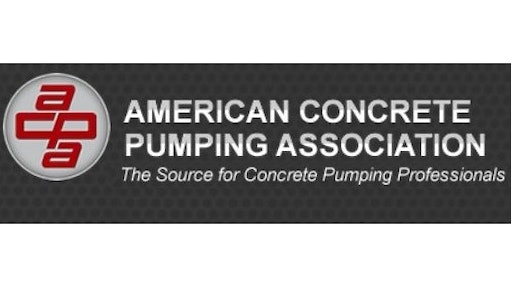 The Concrete Pumping Association of Canada (CPAC) will now operate as a chapter of the American Concrete Pumping Association (ACPA). The merger will give ACPA members from Canada a dedicated forum for addressing issues affecting Canadian concrete pumpers. Current CPAC members will benefit from ACPA’s strong safety, training and concrete-pump operator certification program.

“CPAC’s merger with ACPA is a very positive step forward for the entire concrete pumping industry,” says Christi Collins, executive director, ACPA. “It creates synergy and alignment on both sides of the border as we advocate and lobby for shared resources for the greater concrete pumping community.”

Concrete pumpers in the U.S. and Canada share many issues, including safety, workforce development and promotion of the industry. The merger solidifies the concrete pumping industry’s presence in the North American marketplace and brings increased visibility to concrete pumping across the borders.

“We’re extremely excited to join the American Concrete Pumping Association,” says Daryl Dika, co-founder and board member, CPAC, and active board member and stakeholder, Reach Construction Services. “CPAC has worked diligently for many years to create a stronger pumping industry in Canada, and now I’m happy to be a part of this next step for CPAC in partnering with the ACPA. We’re looking forward to the opportunities this merger will bring to strengthen the concrete pumping industry throughout Canada.”

ACPA’s Canadian chapter will hold its first meeting at the World of Concrete 2019 trade show in Las Vegas.