Held May 18-22, the 2021 PCI Convention and 2021 Precast Show welcomed in-person attendees and online committee meetings alike. Special events included the honoring of members, recognition of new chair and board members. 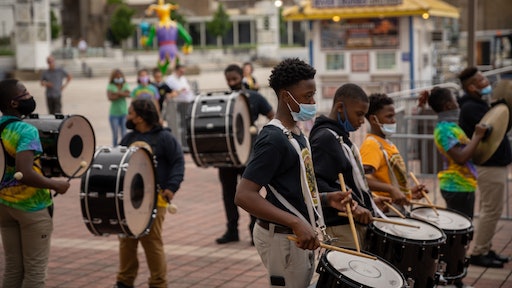 Held May 18-22, the 2021 PCI Convention and this year's Thre Precast Show were conducted in New Orleans in a "hybrid" format. While over 500 members attended in person, 300+ attended committee meetings from the comfort of home offices via Zoom. Where this may be indicative of the new normal to conduct a hybrid version of tradeshows, PCI Chair Dennis Fink was happy for the reunion. “It felt good to reunite with my PCI family and attend the PCI Convention and The Precast Show,” says Fink in the official release. “We quickly put the last year in the rearview mirror and got back to running PCI business and programs. PCI staff did a remarkable job pulling everything together in spite of all the challenges.”

The 2022 PCI Convention at The Precast Show will take place March 1-5 in Kansas City, Mo.

As stated in early June 2021, the combined PCI Convention and The Precast Show announced that the event was "one of the first conventions and trade shows in the country held in person since the COVID-19 pandemic struck in early 2020. It also was the first event held at the Ernest N. Morial Convention Center in New Orleans in more than a year."

Providing enhanced access to PCI members, all committee meetings were held in person with a virtual option.

The June announcement reported on the 2021 terms of the Board of Directors, board members, as well as those recognized for outstanding contributions.

Through the PCI fundraising division, PCI Cares, $5,000 was raised for The Roots of Music - a charity which empowers the youth of New Orleans through "music education, academic support, and mentorship, while preserving and promoting the city’s unique musical and cultural heritage." J. Seroki, president of the High Concrete Group, matched donations made to the group on the day.

To Cast-in-place or Precast, That Is the Question