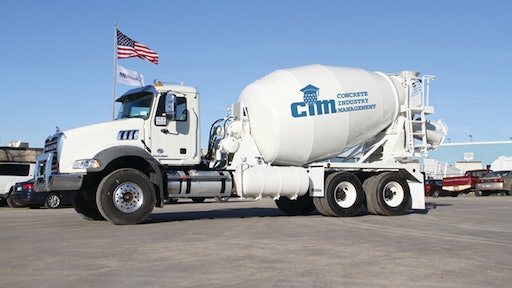 The Concrete Industry Management (CIM) program — a business intensive program that awards students with a four-year Bachelor of Science degree in Concrete Industry Management — is pleased to announce the following list of donated items for their seventh annual Auction at the World of Concrete. The Auction is scheduled for Wednesday, Jan. 25 in the North Hall Room N262 of the Las Vegas Convention Center. The silent Auction will be held from 11 a.m. to 1 p.m. and the live Auction begins at 1 p.m.

“The 2012 Auction is promising to be the biggest ever,” said Eugene Martineau, chairman of the CIM Auction Committee. “In addition to our signature concrete mixer truck donated by Mack Trucks, Inc. and McNeilus Company, we have a variety of equipment, materials, software packages, safety equipment and tools available. Cement will be a hot item again this year, and concrete contractors should be excited about the number of items we have for them in the Auction.”

To date, the following companies have donated these big ticket items for the Auction:

The following companies made cash donations to the CIM Auction: Doka Formwork Experts, iCrete, Nevada Cement, and Volvo. Once again this year, Internet bidding will be available on the Ritchie Bros. website, www.rbauction.com. To participate in the Auction, bidders must register one week in advance.