The American Concrete Pumping Association (ACPA) is pleased to announce Bobby Blankenship as the recipient of its 2018 Safe Operator of the Year award. 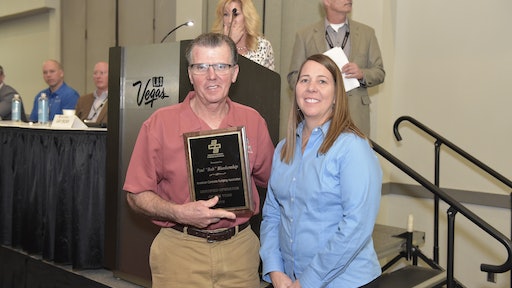 The American Concrete Pumping Association (ACPA) is pleased to announce Bobby Blankenship as the recipient of its 2018 Safe Operator of the Year award.

“Safety is one of the American Concrete Pumping Association’s highest priorities, and our goal is to foster a culture of safety at every level in the concrete pumping industry,” says Christi Collins, ACPA Executive Director. “Recognizing the finest examples of safety is one way we uphold our commitment to this mission. We’re proud to name Bobby Blankenship of Merli Concrete Pumping in San Diego as ACPA’s 2018 Safe Operator of the Year.”

ACPA presented Blankenship with the award in January at the ACPA Annual Meeting and Awards Presentation in Las Vegas. ACPA member companies submitted nominees, and as a condition of award consideration, all nominees held valid ACPA operator certifications.

Every nomination included at least one recommendation from a supervisor, coworker or customer. An independent safety consultant selected the winner according to the criteria of safety record, workforce development and a spirit of furthering the concrete pumping industry.