Through a combination of emissions reduction and carbon capture achieved during production, the company recently announced its carbon impact of cement and concrete has surpassed 4 million kilograms. 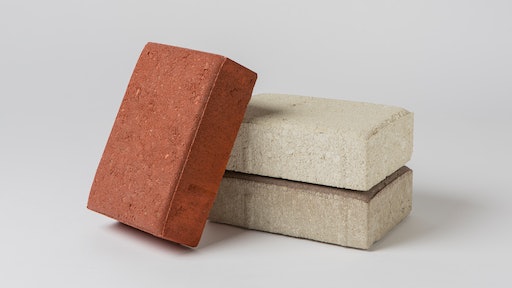 Concrete is the world’s second most utilized substance, exceeded only by the consumption of water. Over 30 billion tons of concrete, containing approximately 3 billion tons of ordinary Portland Cement (OPC), are manufactured and used every year. Cement production is the second largest industrial CO2 polluter, representing 5% to 7% of the world’s total CO2 emissions.

Solidia Technologies is working to change that through a combination of emissions reduction and carbon capture achieved during production. The company recently announced its carbon impact of cement and concrete has surpassed 4 million kilograms (8.8 million lbs), allowing for a 30% reduction in carbon dioxide (CO2) emissions (245 kg) in the production of cement. Coupled with the capture of an additional 240 kg of CO2 during the CO2-curing process in concrete, equal to 24% of the cement mass, Solidia says its systems can reduce the carbon footprint of cement and concrete by up to 70%.

“Our technology impacts both ends of the global carbon challenge by lowering emissions and capturing and safely sequestering CO2 in an industry large enough to move the needle," says Solidia President and CEO Tom Schuler.

When applied globally, each year Solidia will reduce: