Al-Garni is a long-standing director and board member of the WCA and the CEO of Saudi Cement Company. 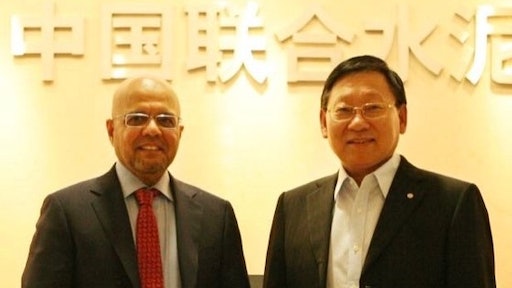 The World Cement Association (WCA) has appointed Mohammed A. Al-Garni as vice president. Al-Garni is a long-standing director and board member of the WCA and the CEO of Saudi Cement Company.

Al-Garni has 35 years of experience in the cement sector and, as a member of the National Cement Companies Committee, has developed significant knowledge and managerial expertise in the cement industry.

“It is a great honor to be chosen as the new vice president of the World Cement Association, and I am really excited to participate in helping it grow further, supporting the association in its role as the voice of the cement industry globally,” says Al-Garni.

In addition, Al-Garni is the chairman of the board of directors of Saudi Cement Company’s affiliates, United Cement Company (UCC) in Bahrain and the Cement Product Industry Co. Ltd. (CPI) in Jeddah, Saudi Arabia, and is a member of the Arab Union for Cement & Building Materials (AUCBM).

Al-Garni was the project director for Saudi Cement’s largest cement manufacturing facility expansion project, wherein they successfully installed, erected and commissioned two lines of 10,000 TPD capacity, which was considered the largest project of its kind in the whole region at that time.

“We are delighted Mr. Al-Garni has accepted the vice presidency of the WCA. His appointment reflects the growing importance of Saudi Arabia in the global cement industry, as well as the WCA’s commitment to connecting the cement community in all countries across the world," adds WCA President Zhiping Son