Dayton has extensive experience with owners, civil and structural designers, and constructors for both private and public construction projects. 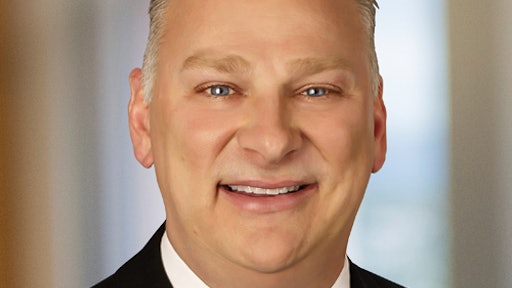 “Doug is a proven leader with a long history in the design and construction industry and the vision to steer ACPA in its mission to promote concrete pipe and box culverts,” says Jeff Hite, ACPA chairman. “We’re pleased to have his expertise to lead the ACPA in being the spokesperson for the concrete pipe industry.”

Dayton graduated from The University of Texas in Austin with an Architectural Engineering Degree under the Civil Engineering Program and is a registered Professional Engineer in Texas, Oklahoma, Louisiana, Montana and New Jersey. During his 30-year career in engineering and construction, Dayton has been an active member in numerous associations and organizations, including AASHTO, ARTBA, ASCE, ACEC and CIRT.

“I’m honored to have the opportunity to lead the ACPA into its next chapter,” says Dayton. “Concrete pipe is the resilient and sustainable product that our clients and the construction industry want as a foundation to their legacy across all of North America.”

Prior to his appointment as ACPA president, Dayton served as president of Professional Service Industries Inc., elevating the company to the ranking of No. 15 on Engineering News-Record ’s 2019 Top 500 Design Firms in the United States.

Dayton has extensive experience with owners, civil and structural designers, and constructors for both private and public construction projects, including heavy transportation/infrastructure projects associated with DOT design-build and public private partnership (P3) through various concessionaires, where large quantities of concrete pipe and box culverts are constructed.

During Dayton’s 16 years at PSI, the company won the ACEC Texas GOLD Engineering Award, Design Build Institute of America Honor Award–Transportation, the Design Build Institute Merit Award– ransportation and the ACEC National Recognition Engineering Excellence Award. The ACEC award was for advanced technology in the reporting, collection and management of project data on large transportation/infrastructure projects, including the signature DFW Connector project in Dallas and the President George Bush Turnpike Western Extension in the DFW area.

ACPA is the spokesperson for the concrete pipe industry in all matters affecting the industry’s welfare. ACPA members contribute to the improvement of our environment by producing quality concrete pipe, engineered to provide a lasting and economical solution to drainage and pollution problems.