Job sites challenge the best consumer-level hardware, and software developers share what their customers choose to deal the field 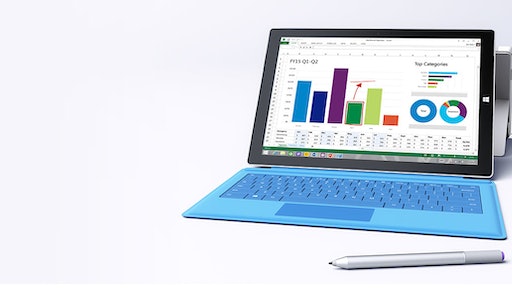 Software developers talking about mobile applications for construction at a BuiltWorlds conference took up the question of suitable tablet hardware when the inevitable iPad references got thickest.

In their reviews, the screens on Android and Windows tablets aren’t quite as easy to see as iPad screens in bright sun. But iPad visibility wasn’t acceptable, either.

“Microsoft does a very good job with mobile devices,” said Alex Bakman, with app-developer Snappii. “They’ve been used for years.

“The largest segment of ruggedized devices are on Androids,” Backman added. “Sonim Technologies is one you should look at. We have customers who have these devices that are submersible in water for 30 minutes, they’re dropping them and picking them up and using them again.

“That’s where most of the innovation is – on the Android stuff. Don’t try that with iPads.”

“We are still about 70% iOS [iPad] with about 80,000 users [not all of which use tablets], so the marketplace is still demanding iOS apps,” said Tooey Courtemanche, CEO at Procore.

“We find that with governments, they overwhelming want iPads, but the decisions are being made by the IT departments, who are thinking about what they want inside the building,” said Charles Engelke, with Info Tech. “They want extra capabilities that the people in the field aren’t going to use.”

“In a BYOD (bring your own device) environment, it’s gong to be Apple because that’s what everyone’s using at home,” said Dan Conery, vice president of business development with Newforma. “But if the office provides hardware, I think Windows will win that war every time.

“Windows 8 with Surface Pro 3 is making huge inroads to a lot of our construction customers,” Conery says. He admits that none of the tablet screens are particularly easy to see in bright sun, but says Windows is delivering convincing business-level capabilities in increments.

“The Surface 4 is coming out shortly with better battery life, and we think with Windows 10, the market will flip and we’ll see Windows surpass Android and Apple.”

Why Contractors Should Budget More for Construction Software

See the improvements first-hand in a video walkaround highlighting the new features that enhance the customers' overall experience
April 21, 2021
Latest

Appointment is the latest in a series of strategic new hires made to advance the company’s growth priorities.
Soil Connect
November 2, 2020

Makes it easier for operators, technicians or fleet managers to access critical information while on the go or at the jobsite.
A1A Software LLC
August 10, 2020

Erica Magdelinskas, Chaney Enterprises, tells how the Zello app is making communication simpler and safer for the company and its drivers.
August 3, 2020

[SURVEY] Contractors are OK with Struggling to Deliver Projects and Get Paid?

Trick 3D applies AR, VR and 3D animation to deliver a life-like sales, rental or even training experience all from a mobile device
Becky Schultz
April 24, 2020
Follow Us