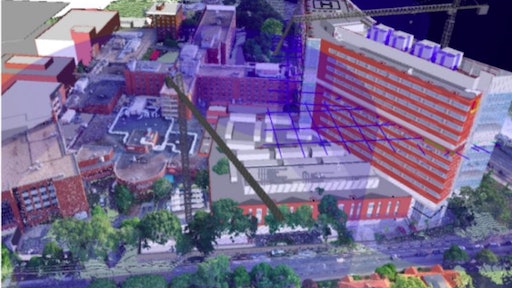 When you picture a high-tech, cloud-connected workplace, the first thing to come to mind probably isn’t a construction site. But drones are quickly changing that.

Drones — and drone mapping software — make it easier to manage, measure and communicate site progress for construction projects of any size. In a fraction of the time it takes to conduct a ground-based survey, a drone can automatically fly and capture imagery of a jobsite that can be processed into accurate maps and 3D point clouds compatible with Building Information Modeling (BIM) and virtual reality software — making design, communication and quality assurance more collaborative than ever before.

Produce survey-grade models in a fraction of the time

Using traditional ground-based survey methods, a 60-acre site could easily take two or even three weeks to survey. For Brasfield & Gorrie’s VDC team, drone mapping reduces that process to four days or less. The bulk of that reduction takes place during the data collection process. It usually takes less than an hour to fly and capture mapping imagery from the average construction site. Once complete, users can upload the aerial photos to the DroneDeploy dashboard to process maps and models —  without taxing their own servers. 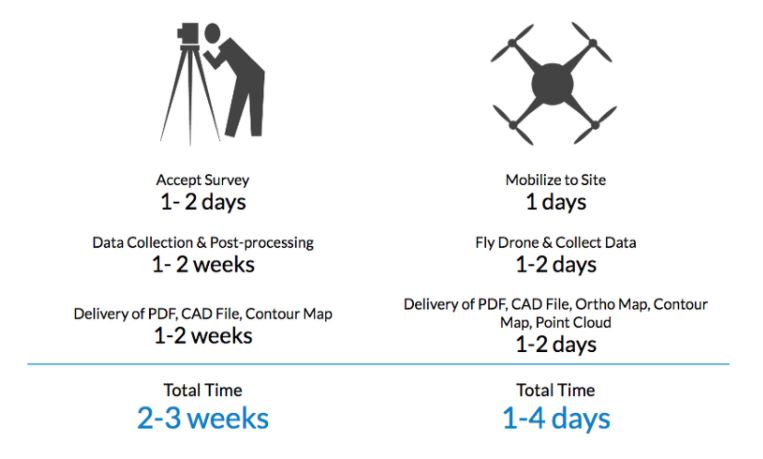 The 3D point cloud was so detailed that he could see each powerline over the site and each individual stud in the multifamily apartment complex under construction. In fact, the point clouds his team produces are so detailed, that when he showed one to a colleague, it was mistaken for a video.

Use drone-generated point clouds in BIM and perform powerful analysis

A drone-generated point cloud is just the beginning. The real power comes once that model is integrated into BIM software. The Brasfield & Gorrie team generates point clouds in DroneDeploy and then imports data into Autodesk Revit, where they overlay it with the 3D site plan models and other data to improve processes such as site design, quality assurance and tracking progress over time.

Below are a few examples of how Brasfield & Gorrie is leveraging point cloud data in BIM software to make better decisions.

Site planning. For this tower construction project, the VDC team overlaid the architect’s design for the project as well as crane clearances onto a 3D point cloud of the existing site to confirm and optimize where to place the cranes during the construction process.

Verifying concrete and pipe work. The final output was an elevation map showing the external contractor’s earthwork progress compared to the initial plans, and the site manager was able to conclude that the subcontractor did need to export more soils to reach the correct elevations.

Overlay of site plans on top of the 3D model.DroneDeployVDC teams can even overlay existing design models on top of drone-generated point clouds depicting site conditions.

Brasfield & Gorrie overlaid the design model for this processing plant on top of the 3D model of the site conditions to verify that concrete footings and pipes had been put in the right place.

“I can overlay a point cloud over that 3D model, line it up exactly and see, for the first time, what’s been built versus the design intent,” says VDC Coordinator Hunter Cole.

The full potential of drone mapping is only just beginning to be realized, and Brasfield & Gorrie is leading the way with innovations in the field. They have been experimenting with the use of virtual reality, in conjunction with DroneDeploy’s mapping software, to create immediate, virtual representations of construction sites.

Recently, their VDC team gave hospital staff a virtual tour of a facility only weeks after construction started. This allowed staff to fully experience the space to a high degree of detail, ultimately resulting in greater feedback on issues such as the location of medical gas outlets and equipment placement. Early input allowed Brasfield & Gorrie to make necessary changes that will help create a better, and also safer, workplace.

Brasfield & Gorrie VDC professionals give a virtual tour of a jobsite from their headquarters.DroneDeploy“Virtual reality provides us with the ability to seamlessly integrate new technologies with various construction operations, improve jobsite safety and increase the information available to key stakeholders. In addition to routine site visits, our project and safety teams can now complete walk-throughs remotely as needed, increasing safety and awareness without having to be on site," said Russell Byrd, Virtual Design + Construction Coordinator at Brasfield & Gorrie.

Construction companies who are serious about improving the planning, design and quality assurance processes should consider drones and drone mapping software. Drone mapping is a cost-efficient way to capture information to improve every stage of a construction project.

DroneDeploy is a cloud software platform for commercial drones with users in more than 150 countries across various industries including agriculture, construction, mining and insurance, DroneDeploy is transforming how businesses collect, manage and interpret drone data to improve workflows. Scalable image processing, data storage and sharing in real time form the backbone of the DroneDeploy platform, while user-friendly applications make it intuitive to fly and capture drone data, view and analyze maps on any device. The DroneDeploy platform enables users to leverage apps through the drone industry's only third-party App Market, and to use open APIs to build custom tools and integrations. To learn more visit www.dronedeploy.com and join the conversation on Twitter @DroneDeploy.

[PODCAST] Drone Technology Poised to Take Many Roles in Construction