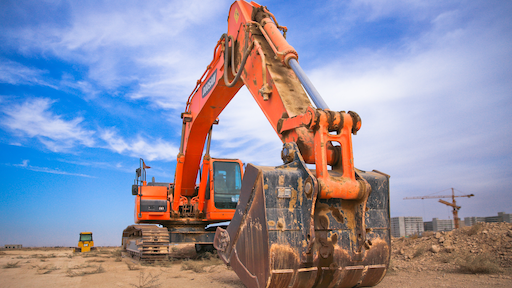 Photo by Anamul Rezwan from Pexels

Telematics is gaining a foothold in rental fleets, but the push is being led by large rental service providers. Companies such as United Rentals, Sunbelt and Cat Rental have widely adopted telematics technology within their own operations and locations – and in some cases even offer it as a service to customers.

“With construction telematics data being a relatively new field, it's mainly these larger equipment rental companies that are using the telematics data today,” says Todd Brockdorf, Head of North America's Solution Architecture, Otonomo. “Not so much in the small rental fleets.”

However, Brockdorf foresees wider adoption among smaller rental operations within the next two to three years. “I see them as coming on board within the next couple of years, I would say, as the technology becomes more prevalent, easier to adopt and designed for those smaller [construction equipment] rental fleets,” he predicts.

The struggle to fully understand and utilize telematics data continues to be a barrier to entry for many.

“If I rent a Bobcat from United Rentals [or] from Joe's Rental Shop, it fundamentally has the same technology on the machine itself,” Brockdorf comments. “It's really about having the software to be able to consume the data that comes off of the machine and use that effectively within a rental organization's operation.”

A large entity like United Rentals has the resources to develop software and tie the data generated into its back-end systems. “For the smaller operators, they may not have that ability just yet,” says Brockdorf. “And there probably aren't enough large-scale players supplying the software that would make using this data easily consumable for those smaller rental fleets.”

In order to overcome this barrier, Brockdorf believes a digital initiative is in order. “First and foremost, the smaller rental shops need to make sure that they have some kind of digital transformation going on within their organization,” he states. “They need to [implement] systems that can talk with this new telematics data that's coming off of the machines.

“If they're still using paper and pencil or a spreadsheet to manage their rental fleet, then it's going to be hard to use telematics data,” he adds.

Fortunately, there are tools readily available. “The good news is that a lot of manufacturers are providing basic apps and services to smaller fleet [owners],” Brockdorf points out. “So, the smaller fleets need to adapt to the new technology that is out there and available.”

There are many reasons for rental centers of all sizes to adopt telematics. “The biggest use case would be equipment theft prevention, and also any asset recovery that might be needed,” says Brockdorf. “That's probably one of the biggest costs to their business.

“The [construction] industry as a whole is trying to address a $400 million problem of equipment theft,” he continues. “Understanding the position of the equipment – if it is still on a jobsite, if it is moving on a trailer off of a jobsite unauthorized – these are the kinds of things that they're using the telematics data to address… Loss prevention is one of the big areas in which they're using telematics data.”

Telematics lets you monitor asset location, as well as track utilization for more accurate billing based on the actual hours or days used. The data can also be used to plan maintenance based on equipment needs rather than hours of operation.

Brockdorf cites the following example: “The equipment has been out on rent for the day and it was heavily utilized, so maybe it needs to be maintained on a closer schedule than what they had initially predicted. Not only can [the rental operator] see where it is but also the patterns of use with the telematics data that's coming off it. Then, they're able to better predict the downtime that's required for their machine.”

Ultimately, the rental center is better able to satisfy their customers, he adds, because the equipment will be available when customers need it – all because you have better visibility into utilization of the machine.

“For fleet operators, understanding their machines' performance and predicting failures and when they need to maintain their machines is another key use case [for telematics],” says Brockdorf. “If their equipment isn't up and operating, that affects the company's performance and their ability to deliver on their commitments to their customers.”

Otonomo is a connected vehicle data services platform that works with OEMs and fleet providers to filter and disseminate telematics data to those developing these apps and services.

“[Otonomo is taking] connected vehicle data, ingesting that into our platform, normalizing it, aggregating it, securing it and then providing it to folks that are building innovative applications and services around connected vehicle technology,” Brockdorf explains. “The benefit… to the owners and operators of the equipment is we can bring them innovative app and service providers to help enable their operations to become more effective.”

New and existing customers can get free months of service on Reveal Field and the new Reveal Field Plus.
Verizon Connect
May 1, 2020

[VIDEO] RJV Construction: "We Live and Die by B2W Maintain"

Listen in to learn more about the unique technologies Skyjack is offering for its lift equipment product lines
Skyjack
March 17, 2020

Brandwyn Boyle Fleet Intelligence talks about the difference between a GPS and tracking system versus an all-in-one platform.
March 16, 2020

Bob Rauhof, Off Road Business Development Manager with Geotab, talks about how the company used its success and tools in the on-highway market to create a new telematics solution for the off-road and construction market.
March 10, 2020

5 Ways To Use The Full Potential Of Equipment Maintenance Software

By ensuring your CMMS is used to its full potential, you give your maintenance team the tools necessary to perform at their full capability.
Talmage Wagstaff
February 17, 2020

175-degree field of view provided by forward- and rear-facing and 1080p HD cameras ensures that events are captured wherever they occur
PRO-VISION Video Systems
February 6, 2020
Follow Us