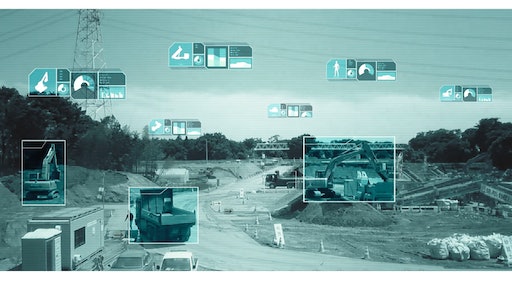 The partnership will focus on Komatsu using NVIDIA GPUs to visualize and analyze entire construction sites. A combination of surround cameras, drone imagery and real-time video analytics powered by the NVIDIA Jetson AI platform installed in the site’s heavy equipment will allow machines to operate with greater safety and efficiency.

“Artificial intelligence is sweeping across industries, and its next frontier is autonomous intelligent machines,” said NVIDIA founder and CEO Jensen Huang, speaking at a 2017 NVIDIA GPU Technology Conference. “Future machines will perceive their surroundings and be continuously alert, helping operators work more efficiently and safely. The construction and mining industries will benefit greatly from these advances.”

Construction is the latest in a series of industries in which NVIDIA has signed agreements with market leaders to help revolutionize how they operate. Among these are GE Healthcare in the area of medical imaging, FANUC in robotics, and more than 225 car makers, startups and research houses – among them, Audi, Tesla, Toyota and Volvo – for autonomous driving.

Construction sites are generally considered among the more dangerous workplaces because of the presence of heavy equipment, uneven terrain and continuous activity. There are 10,000 injuries each year in the U.S. associated with vehicles and machinery. Last year, sites in Japan recorded some 300 deaths and more than 15,000 injuries, according to the Japan Construction Occupational Safety and Health Association.

Japan and U.S. construction industries are challenged by severe labor shortages due to aging populations. Of the 3.4 million skilled workers in Japan’s industry (as of 2014), roughly 1.1 million, or one-third, are likely to leave in the next decade, according to the Japan Federation of Construction Contractors.

To help address these issues, Komatsu began in 2015 rolling out its “SMARTCONSTRUCTION” initiative, connecting data related to onsite workers and objects to make worksites safer and more productive. The initiative has been introduced in more than 4,000 sites across the country, with plans to expand both domestically and internationally.

Extending the SMARTCONSTRUCTION initiative, Komatsu will use NVIDIA technology to create 3D visualizations of construction sites, showing the real-time interaction of people, machinery and objects. Costly onsite equipment can be closely monitored to ensure it is used with optimal efficiency.

NVIDIA GPUs will communicate with drones and cameras in the construction sites, acting as an AI platform for analysis and visualization. SkyCatch will provide drones to gather and map 3D images for visualizing the terrain at the edge. OPTiM, an IoT management-software company, will provide an application to identify individuals and machinery collected from surveillance cameras. Both of these Komatsu partners are also members of NVIDIA’s Inception program for AI startups.

At the center of the collaboration is NVIDIA Jetson, a credit-card sized platform that delivers AI computing at the edge. Working in tandem with NVIDIA cloud technology, Jetson will power cameras mounted on Komatsu’s construction equipment and enable 360-degree views to readily identify people and machines nearby to prevent collisions and other accidents.

Deep learning-based AI should be able to track people in the equipment’s  full-surround vision and anticipate the movements of the equipment to avoid dangerous interactions.

Jetson will also be used in stereo cameras located in the cabs of construction machines to help assess rapidly changing conditions in real time and instruct the driver accordingly. Future applications include high-resolution rendering and virtual simulations of construction and mining sites along with automated control of machinery. 6154854Z00 UI�9&!&F