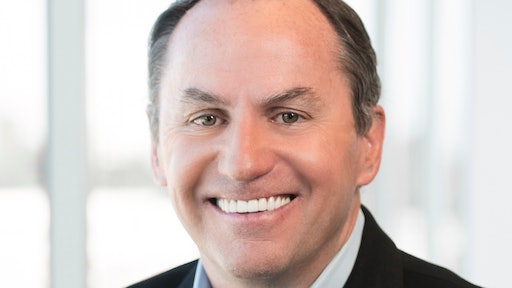 In the letter, Swan called attention to the economic uncertainty, racial strife and challenges of the COVID-19 pandemic and compares them to the war, racial strife, recession and protests of 1968, the year Intel was founded.

"In this environment of change and upheaval, Robert Noyce and Gordon Moore came together and founded Intel, starting a silicon revolution that gave rise to many future technologies," Swan writes, referring to 1968.

As Biden sets out the priorities of his presidency, Swan urged him to focus on technology, U.S. manufacturing, digital infrastructure and developing a 21st century workforce.

Swan pointed out the role technology has played in the development of a vaccine to treat COVID-19. He also mentioned the impact the virus has had on education and work and asked for an expanded investment in broadband connectivity.

"It is crucial to expand investments in broadband connectivity, particularly to lessen the impact of COVID on the underserved and in communities of color," Swan wrote.

U.S. companies are at a disadvantage, he wrote, because only 12% of global semiconductor production takes place in North America.

He called for a national manufacturing strategy to increase the competitiveness of U.S. companies and to launch the next generation of innovative technology.

"Upgrades to our infrastructure must not only handle the technology of today but spur domestic development of the technologies of tomorrow," Swan wrote.

Intel hired 4,000 people in 2020 and still needs 800 more, Swan wrote. The company is investing in STEM education and worked with community colleges in Arizona to create an artificial intelligence associate degree program. But Intel needs to tap into talent from around the world, he wrote.

"While we work to build a greater pipeline of U.S. high-tech workers, American universities and companies provide opportunities to smart, hard-working people from all over the world," he wrote. "They return the favor many times over with their contributions to this country and our technology leadership. The U.S. has welcomed global talent for decades and should continue to support immigration programs needed by Intel and other high-tech companies to operate in the U.S."

In addition to immigration, Swan wrote about the need for racial equality.

"At Intel, we believe the current and future workforces need to reflect the makeup of this nation," Swan wrote. "We also share your commitment to make racial equity a top priority. We set ambitious goals for Intel’s next decade. We aim to double the number of women and underrepresented minorities in senior leadership at Intel, and to collaborate within our industry to create and implement a Global Inclusion Index to track industry progress in areas such as greater levels of women and minorities in senior and technical positions, accessible technology and equal pay."

Swan closed by writing that Intel looks forward to working with the new administrations, as it has done for the past 52 years.