Mafic is partnering with the University of Southampton in England to develop wearable technology for hard hats for improved safety and faster progress on projects. 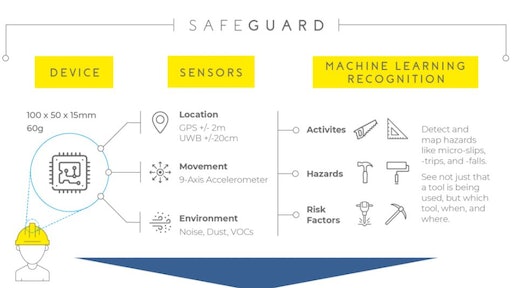 Safeguard is a wearable device that can fit into a hard hat, armband or pocket. Using machine learning, Safeguard can recognize the unique movement patterns of users completing different tasks and record exactly what is happening every second of the day.
Mafic Ltd.

Electronic engineers from the University of Southampton are working with the tech company Mafic to develop a hard hat that uses the Internet of Things (IoT) to track construction worker movements and improve safety.

The hard hat, called Safeguard, is a wearable device that fits inside a hard hat. It uses machine learning to recognize workers' unique movement patterns while they are completing tasks and records while it is happening.

Mafic and the university recently received a grant from the £5 million SPRINT (SPace Research and Innovation Network for Technology) program to upgrade the technology.

The America's Cup Ineos Team filmed a video of how the Mafic Safeguard technology works for them:

“The key objectives of this SPRINT project are reducing the power consumption of the Safeguard device, harvesting energy and optimizing the charging of the hard hat. We have a long history of working in energy harvesting, including the design and development of power management subsystems for CubeSats," says Alex Weddell, lecturer in the Southampton Smart Electronic Materials and Systems research group.

According to a press release, Mafic will collaborate with Southampton to design an energy transfer and harvesting system for extending the battery life of the device. Safeguard is a wearable device that uses a Global Navigation Satellite System (GNSS) sensor and captures location data from plant, materials and construction workers. It is aimed at enabling the real-time communication and analysis of data from remote locations to improve the productivity and industrial health of workforces.

The project aims to increase the range at which the Safeguard devices can be charged, reduce their power consumption, enhance the wireless power transfer rate during charging and increase the alignment tolerance when being wirelessly charged. 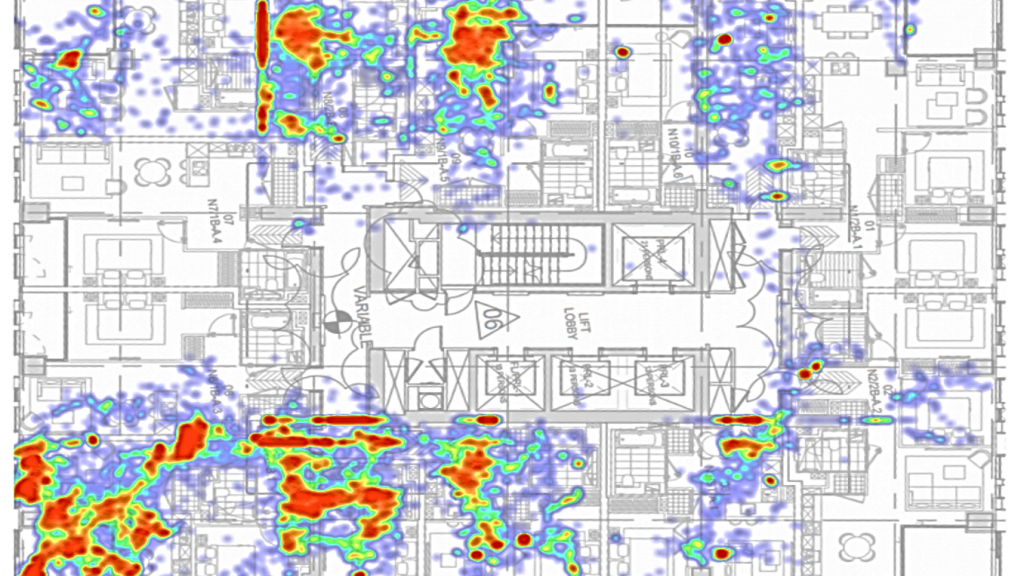 Mafic Safeguard monitors and maps the foot-traffic flow across entire work sites. This information can be used to improve efficiency and maximize safety due to COVID-19 risks.Mafic

Combined with location to +/-20cm and data from environmental sensors, the device provides workforce-wide insight at a level of detail that has not been possible until now, detecting when and where hazards, activity, and opportunities are across an entire workforce and workplace.

This collaboration will allow Mafic customers to be less reliant on a power source and deploy Safeguard into remote environments with minimal supporting infrastructure such as on-board commercial ships, in offshore environments, or in ‘not-spots’ or remote construction sites.

The SPRINT projects will further develop the device through implementation with workforces, on vehicles and in materials at sites including Sir Robert McAlpine and Errigal Contracts. It is also used by the America’s Cup Ineos Team UK whose Team Principle, Sir Ben Ainslie, says, “The Mafic device is a game-changer for us, it allows us to look at our working practices and make changes to that to ensure everyone is as safe as possible.”