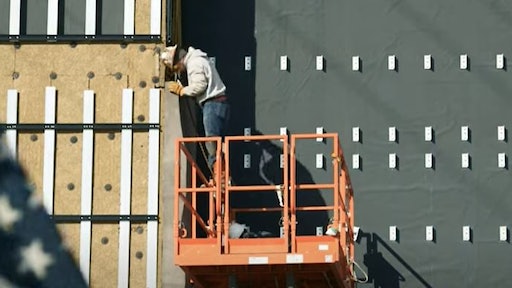 When a credit union in Tennessee decided to build a new branch, it chose to incorporate the latest technology in the construction process.

Tennessee Valley Federal Credit Union (TVFCU) recently unveiled the building's façade, which was created by Branch Technology, maker of 3D printed building materials. Branch Technology's founders got their start at an incubator for entrepreneurs in Tennessee, and one of the credit union officials had visited the company on a tour of the incubator and decided to try the material.

“Several years ago, I had the opportunity to visit Branch Technology when they were located in the INCubator at the Hamilton County Business Development Center,” says Todd Fortner, president and CEO at TVFCU. “I was amazed at what could be made on a large scale with 3D printing. I immediately began to think about how we could incorporate this new technology into a future project.”

According to a press release about the project:

TVFCU leaders and its builder for more than 20 years, Construction Consultants, began working with Branch Technology for TVFCU’s new branch in Chattanooga. Credit union leaders wanted to highlight the characteristics of the Tennessee Valley and to blend into the surroundings of this urban neighborhood for an innovative design.

Branch Technology immediately went to work developing a design concept for the building’s exterior. Platt Boyd, the founder of Branch Technology, understood the Tennessee Valley’s scenic beauty. After seeing the Scenic City and competing in a startup accelerator program called GigTank at The Company Lab in summer 2014, he moved his company to Chattanooga with only three employees and one robot. Their first office was at the Hamilton County Business Development Center’s INCubator that is managed by the Chattanooga Area Chamber of Commerce. Today, they work from a 40,000-square-foot manufacturing facility that is equipped with 15 robots.

Branch Technology’s team created a façade design that highlights the beauty of Chattanooga’s natural surroundings and incorporates TVFCU’s branding into the design. With the design created, they began 3D printing the structure.

Cellular Fabrication, or C-Fab, is a unique printing method that allows material to solidify in open space, creating a matrix of polymer in virtually any shape.

“The undulating façade is patterned to identify entrances and expand around the building's curvature, serving as wayfinding for visitors,” says John McCabe, advanced concepts team and director of communications at Branch Technology. “Varying degrees of curvature in the sinuous façade pattern nod to TVFCU's recognizable wave logo. This project is a staple of design freedom offering a one-of-a-kind product outside the literal box of repetitive, conventional construction and façade manufacturing.”

While the finishing touches on the branch exterior will soon be completed, construction will continue on the branch’s interior. TVFCU plans to open the branch in late spring 2021. 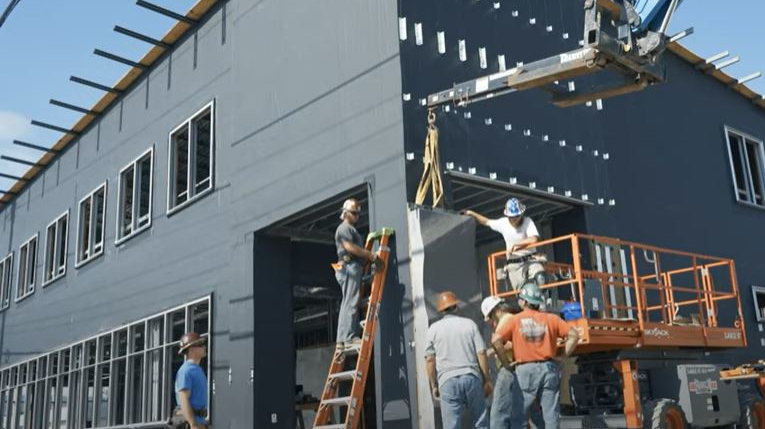 Branch Technology used cellular fabrication, or C-Fab, a printing method that allows material to solidify in open space, creating a matrix of polymer in virtually any shape, on the project.Tennessee Valley Federal Credit Union