All of those who tested positive for COVID-19 on Suffolk Construction’s resort project, Montage Big Sky, are asymptomatic and the company continues voluntary testing 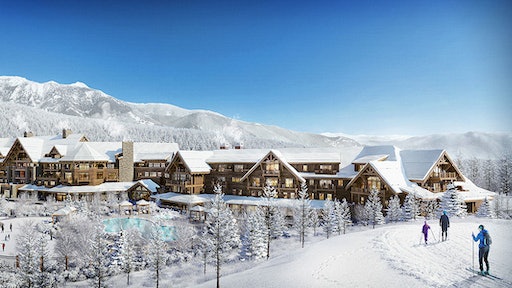 Boston-based Suffolk Construction confirmed that 116 workers on a luxury resort in Big Sky, Montana, tested positive for the coronavirus in July, according to BozemanDailyChronicle.com.

The outbreak at the $400 million Montage Big Sky in the sprawling Spanish Peaks Mountain Club is among the largest in Montana. July’s numbers follow an outbreak of six positive tests at the Montage Big Sky site in March.

Suffolk hired a private lab to conduct voluntary testing beginning July 8. With the use of the private lab, Gallatin City-County Health Officer Matt Kelley said the health department wasn’t aware of Suffolk’s testing initiative until after it had begun. He also said the results from the private lab weren’t validated by the state, which made it difficult to track, interpret and respond to them.

The private lab has now been validated by the state and testing data is being reported to and followed up by health departments, Kelley said.

Suffolk Construction has conducted 885 tests at the Montage Big Sky and will continue to test workers at regular intervals.