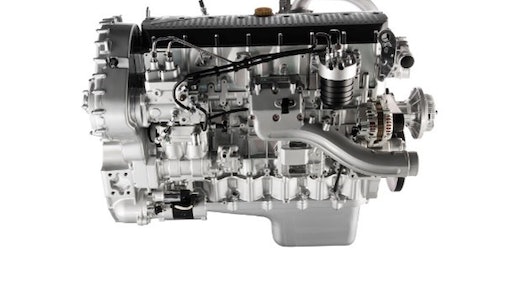 While the trend toward electrification dominates the headlines, there are other technologies that contractors should monitor when it comes to powering heavy-equipment fleets. One of the leading alternative energy sources is Dimethyl ether (DME).

DME is a synthetically produced, clean burning, non-toxic, renewable alternative to diesel for use in specially designed compression ignition diesel engines. Under normal atmospheric conditions, DME is a colorless gas and it can be absorbed in the troposphere. It is currently extensively used in the chemical industry as an aerosol propellent.

Several companies have been experimenting with DME as an alternative fuel source for several years, including Volvo Trucks North America and Oberon Fuels. Of course, interest in this technology by consumers has been moderated by historically low diesel fuel prices.

In terms of performance, Oberon Fuels notes that DME has a high cetane value of 55 to 60 and allows quiet combustion.

There are, however, some challenges in the use of DME as a fuel, particularly in terms of the fuel injection equipment. From a storage and refueling point of view, DME is like LPG. It is a liquid at very moderate pressure levels.

The overall goal of the FPT Industrial project is to advance the understanding of using DME as an alternative to diesel and demonstrate clean combustion at comparable efficiency levels. Since DME combustion produces practically no particle emissions, a simple SCR system without the need for a particulate filter may be enough to comply with strict emissions standards.

The initial experimental data indicates promising results in terms of CO2 reduction, along with very low NOx and particulate emissions. The performance has proven comparable to a diesel engine.

This FPT project is being funded by the Swiss Federal Office for Energy (SFOE).

High-pressure common rail fuel systems in diesel-powered construction equipment have many benefits but require proper care.
May 8, 2019
Follow Us