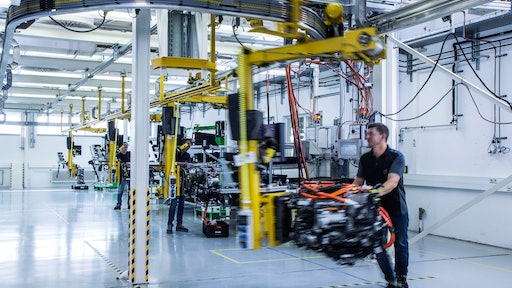 Components are assembled into the finished fuel-cell system.
Daimler Trucks

While everyone has heard a lot about battery technology, there are limitations to what can be done with a battery-only solution on heavy trucks. This is where hydrogen fuel cells enter the picture. According to Daimler Truck and Volvo Group, purely battery-electric and hydrogen-based fuel-cell trucks will complement each other. Battery power is best utilized for lower cargo weight and for shorter distances while fuel-cell power provides a good alternative for heavier loads and longer distances. This vision led to a joint venture between the two companies.

On 1 March 2021, Daimler Truck AG and Volvo Group formed cellcentric. To that end, Volvo Group acquired 50 percent of the partnership interests in the existing Daimler Truck Fuel Cell GmbH & Co. The goal of the joint venture is to accelerate the use of hydrogen-based fuels and become a leading global manufacturer of fuel cell systems.

“We have been talking about hydrogen and the potential of hydrogen for quite some time,” says Martin Lundstedt, CEO of Volvo Group, CEO, Daimler Truck. “I have been in this industry for 30 years and we have always said that it’s about 10 years away. But now we are really getting there. We see a clear roadmap for execution, both when it comes to technology and commercialization.”

“You have to put it in perspective,” he adds. Vehicles that use batteries or fuel cells are all electric vehicles. The achieve the same goal of replacing fossil fuel. “When we talk about longer distances, more heavyweight applications, fuel cell electric vehicles will be very well suited.” 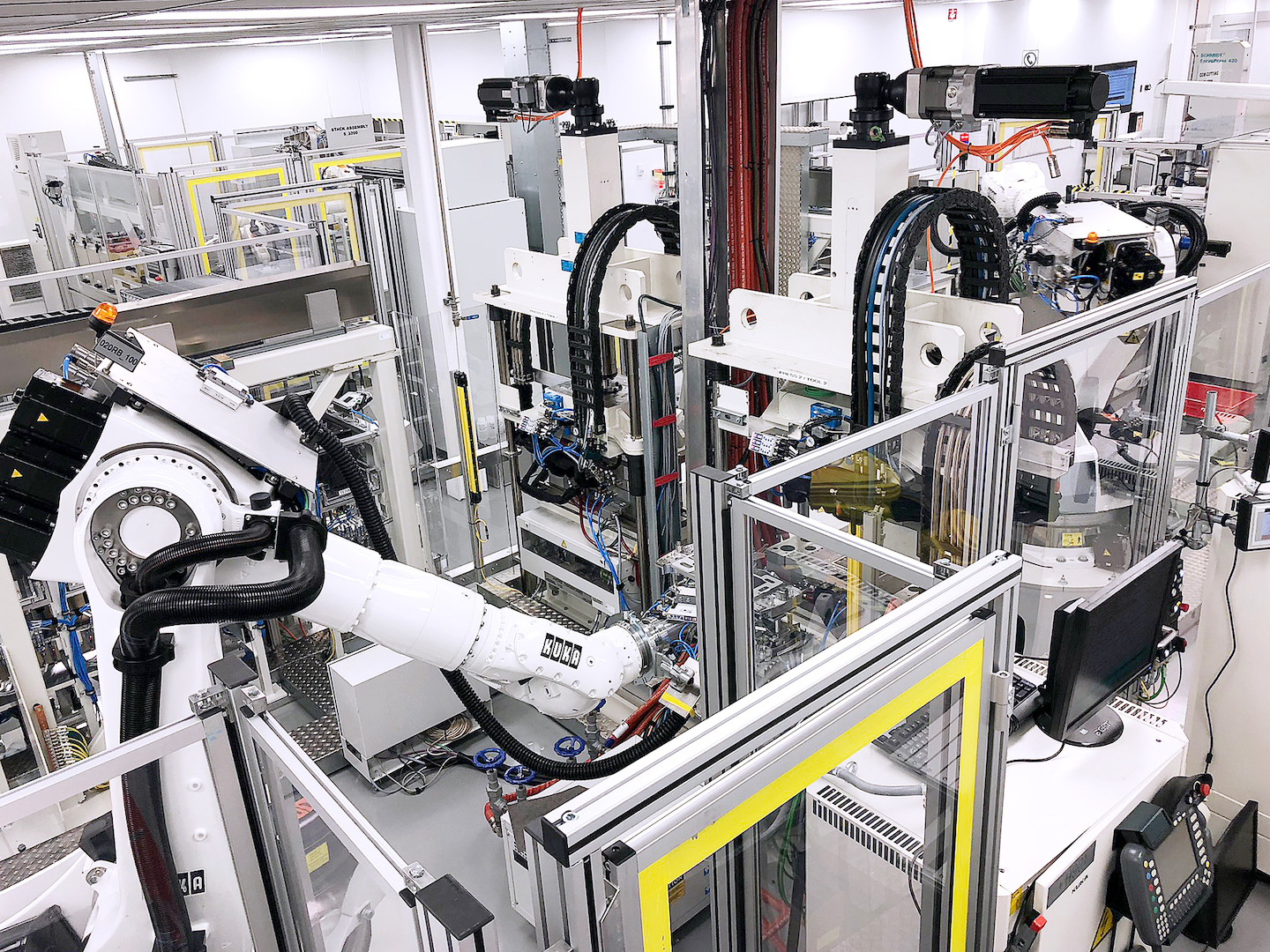 Cellcentric is working intensively to prepare series production of fuel cells.Daimler Trucks“Hydrogen-powered fuel-cell electric trucks will be key for enabling CO2-neutral transportation in the future,” says Martin Daum, CEO, Daimler Truck. “In combination with pure battery-electric drives, it enables us to offer our customers the best genuinely locally CO2-neutral vehicle options, depending on the application. Battery-electric trucks alone will not make this possible. Together with our partner Volvo Group, we are therefore fully committed to our fuel-cell joint venture cellcentric and we are both pushing forward the development of the technology as well as the series production preparations.”

Daimler Truck AG’s and Volvo Group’s goal is to start with customer tests of fuel-cell trucks in about three years and to be in series production of fuel-cell trucks during the second half of this decade. All vehicle-related activities are carried out independently from each other, as both companies remain competitors in all vehicle and product ranges, and particularly in fuel-cell integration solutions for all products.

The companies plan to discontinue the sale of carbon combustion engines by 2040 at the latest. “To meet that ambitious goal, we definitely need in the mix fuel cell systems and hydrogen infrastructure,” notes Daum.

Infrastructure will be key to scaling electric vehicle technology. “It’s always easy for the first 1,000 trucks to run on electric and use an electric power grid, but we’re looking to the future where 100,000 if not millions of trucks need the electric power grid at the same time when 10 million or even more passenger cars need the same power grid,” says Daum. “In this sense, we need a second source for energy. That energy is hydrogen. Hydrogen has one big advantage. It scales nicely. The more people that use it, the cheaper it gets.” The cellentric joint venture is scheduled to begin large scale series production of hydrogen fuel cells by 2025.

There are of course hurdles in the move to hydrogen fuel cells that need to be addressed. “The road to zero emissions is like a multiplication problem,” Lundsted explains. “We need an attractive vehicle offering, we need a working infrastructure and we need cost parity. Those three factors combined are like multiplication. You all know from high school that in multiplication if one factor is zero it doesn’t matter how large the other factors are, the product is always zero.”

“The infrastructure is a huge undertaking, similar or larger than what we have to do on the vehicle side,” he adds, It requires a huge amount of investment. If we had a working infrastructure, it would be extremely easy to sell 100,000 fuel cell trucks. Unfortunately, we will never have 100,000 trucks out on the road without infrastructure.” This will require support from energy suppliers and politicians.

Fuel cells have already proven a viable solution. “Ten or fifteen years ago we had a fleet of city busses running on fuel cells without any problem,” notes Daum. “The biggest problem right now is the lack of infrastructure.”

Alternate Fuels are Getting Competitive with Diesel in Medium-Duty Trucks