The new joint venture, cellcentric, will develop, produce and commercialize fuel-cell systems for both long-haul trucking and other applications. 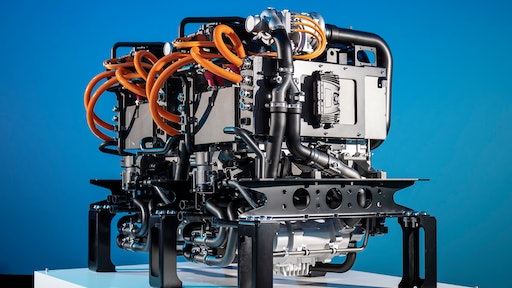 Daimler Truck AG and Volvo Group have officially outlined their roadmap for the new fuel-cell joint venture cellcentric, as part of an industry-first commitment to accelerate the use of hydrogen-based fuel cells for long-haul trucks and beyond. With the ambition of becoming a leading global manufacturer of fuel-cell systems, cellcentric will build one of Europe’s largest planned series production of fuel-cell systems, with operation planned to commence in 2025. To accelerate the rollout of hydrogen-based fuel-cells, the two cellcentric shareholders call for a harmonized EU hydrogen policy framework to support the technology in becoming a viable commercial solution.

These ambitions were revealed as part of an exclusive digital launch on April 29, 2021, led by Martin Daum, CEO of Daimler Truck AG, and Martin Lundstedt, CEO of Volvo Group. Designed to help meet the 2050 targets of sustainable transport and a carbon-neutral Europe as part of the European Green Deal, cellcentric will develop, produce and commercialize fuel-cell systems for both long-haul trucking and other applications. The joint venture can draw on decades of expertise and development work from both Daimler Truck AG and Volvo Group.

According to Daimler Truck AG and Volvo Group, purely battery-electric and hydrogen-based fuel-cell trucks will complement each other depending on the individual customer use case. Battery power will be rather used for lower cargo weights and for shorter distances, while fuel-cell power will tend to be the preferred option for heavier loads and longer distances. 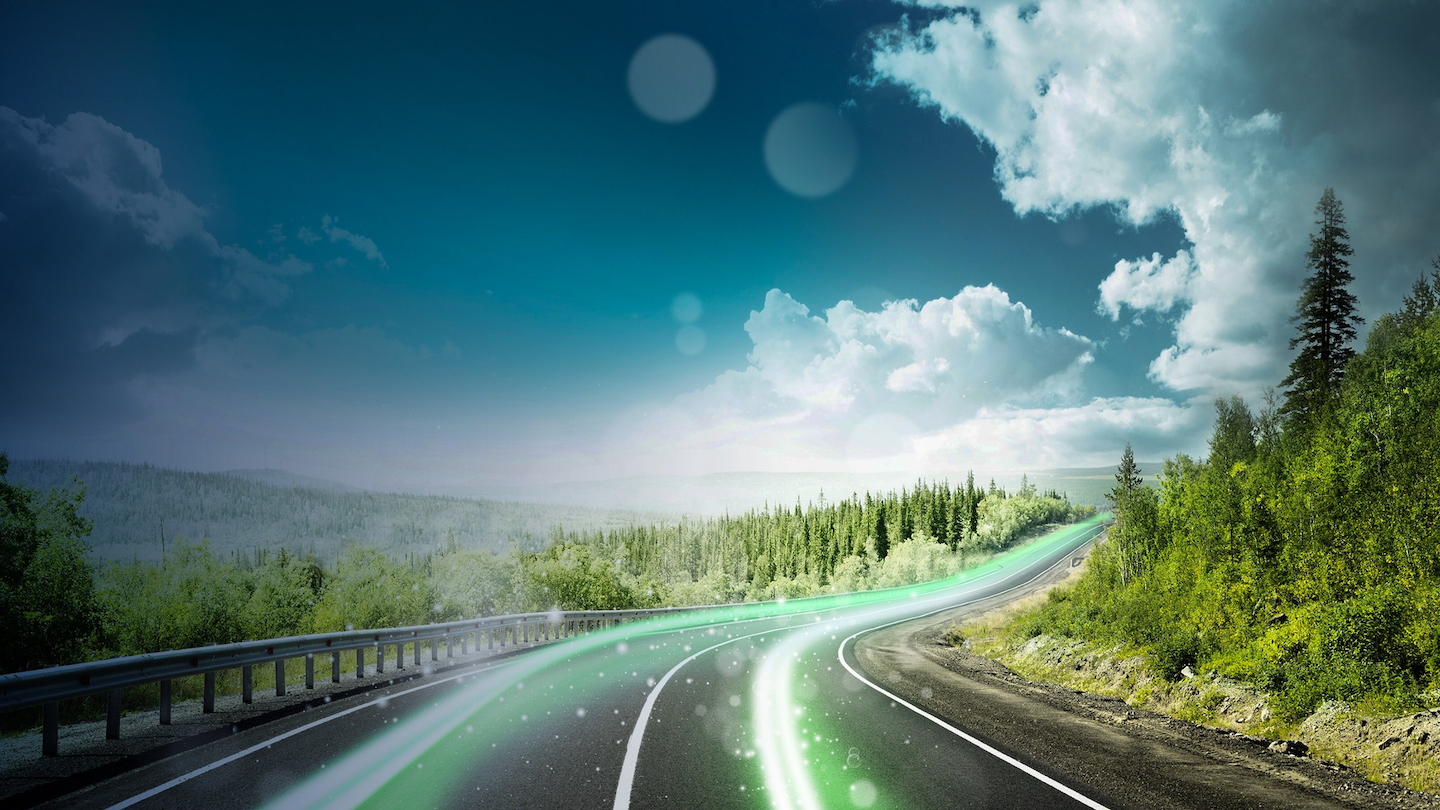 Development of hydrogen fuel-cell systems will aid with efforts to create more sustainable transportation.Daimler AGDaum says, “Hydrogen-powered fuel-cell electric trucks will be key for enabling CO2-neutral transportation in the future. In combination with pure battery-electric drives, it enables us to offer our customers the best genuinely locally CO2-neutral vehicle options, depending on the application. Battery-electric trucks alone will not make this possible. Together with our partner Volvo Group, we are therefore fully committed to our fuel-cell joint venture cellcentric and we are both pushing forward the development of the technology as well as the series production preparations. Regarding the necessary hydrogen infrastructure, it is clear that green hydrogen is the only sensible way forward in the long term.”

Lundstedt says, “Our united ambition is to meet the targets in the Paris agreement of becoming CO2-neutral by 2050 at the latest. We are convinced that hydrogen fuel-cell technology plays an essential role in helping us reach that milestone. But we know there is so much more to achieve than just the electrification of machines and vehicles. There needs to be greater cooperation between public and private stakeholders to develop the necessary technology and infrastructure, which is why we are calling for united action from policymakers and governments around the world in helping us make hydrogen fuel-cell technology a success. Partnerships like cellcentric are vital to our commitment to decarbonizing road transport.”

The major truck manufacturers in Europe, also backed by Daimler Truck AG and Volvo Group, are therefore calling for the setup of around 300 high-performance hydrogen refueling stations suitable for heavy-duty vehicles by 2025 and of around 1,000 hydrogen refueling stations no later than 2030 in Europe. This joint initiative, using hydrogen as a carrier of green electricity to power electric trucks in long-haul operations, is one important part of decarbonizing road transport.

As CO2-neutral trucks are currently significantly more expensive than conventional vehicles, a policy framework is needed to ensure demand and affordability. According to Daimler Truck AG and Volvo Group, this should include incentives for CO2-neutral technologies and a taxation system based on carbon and energy content. An emissions trading system could be an additional option. 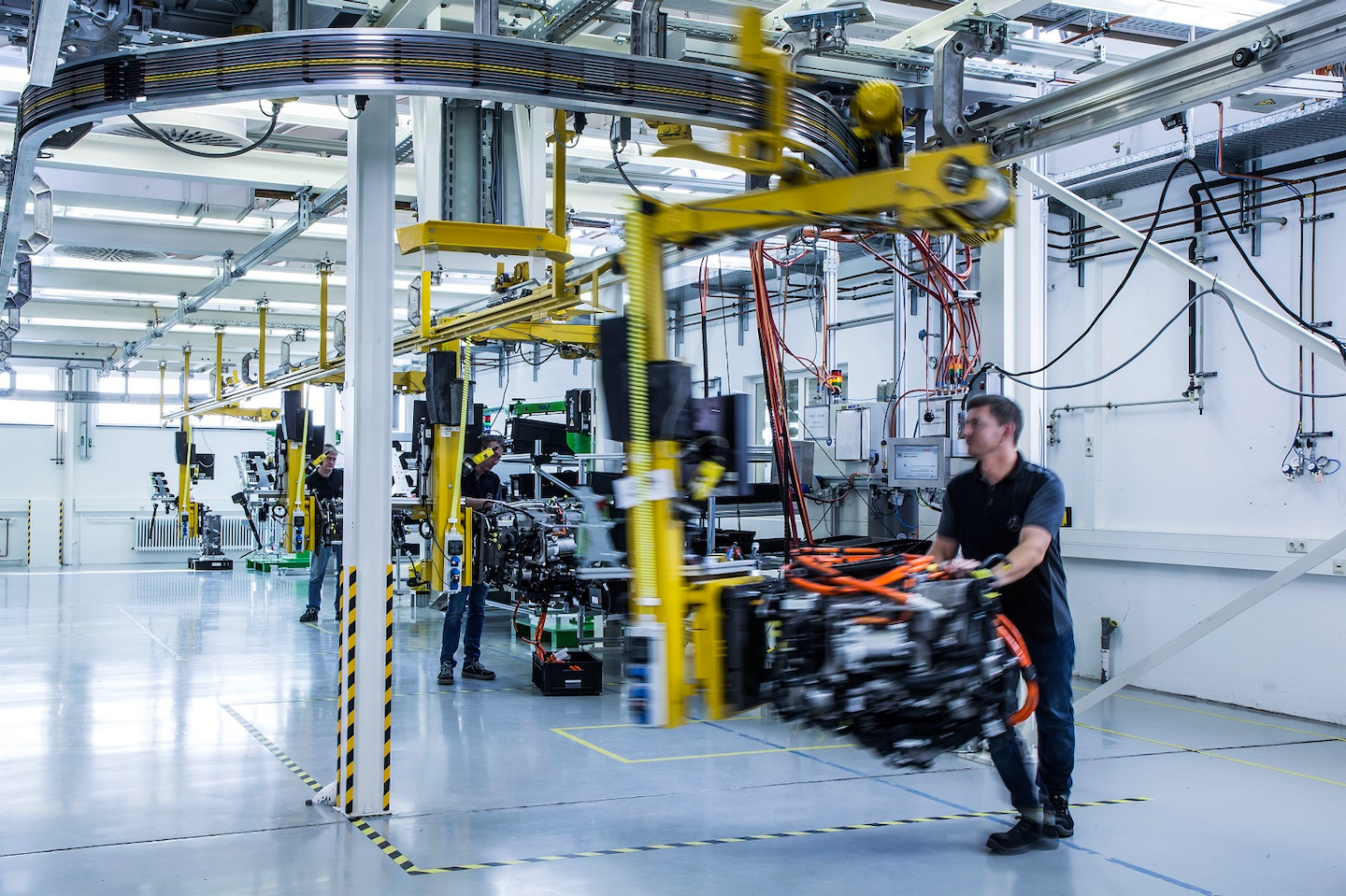 Assembly of finished fuel-cell systems.Daimler AGCurrently, cellcentric is conceptualizing the plans for its large-scale series production. More details and a decision on the location will be revealed over the course of 2022. As a significant step towards series production, preparations for pre-series production are taking place at a new site in Esslingen near Stuttgart. In parallel, cellcentric is scaling up on-going prototype output.

Daimler Truck AG’s and Volvo Group’s goal is to start with customer tests of fuel-cell trucks in about three years and to be in series production of fuel-cell trucks during the second half of this decade. All vehicle-related activities are carried out independently from each other, as both companies remain competitors in all vehicle and product ranges, and particularly in fuel-cell integration solutions for all products.

More than 300 highly specialized experts work for cellcentric in inter-disciplinary teams at locations in Nabern, Stuttgart (Germany) and Burnaby (Canada). Around 700 individual patents have been issued so far, underlining the leading role played by the company when it comes to technological development.