Mixing lubricants of the same type but different viscosities has an impact on the viscosity of the lubricant within the asset. 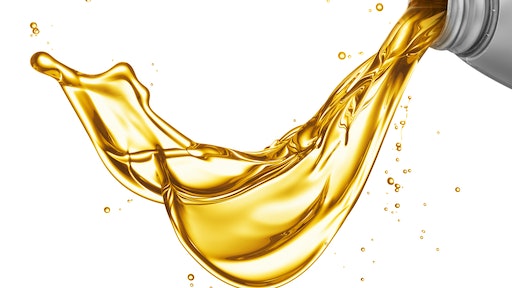 What happens if different lubricants mix together in a machine?
iStock/Getty Images

If the final viscosity of the mixed fluids is too low, the resulting film thickness will not be sufficient to provide adequate separation of the two bearing elements, which likely will lead to failure. If the viscosity is too high, increased energy consumption and heat generation can result. Imagine running in water on the beach. Water has a viscosity of 1. As the viscosity increases, it will take more effort to run through that water.

(more on the effects of lubricant mixing...)

Avoiding the Pitfalls of Lubricant Incompatibilty in Construction Equipment

Why Hydraulic Oils Should Not Be Mixed

How to Select the Right Equipment Lubricant

Proper lubricant management will help you from throwing away valuable lubricant and wasting money
November 6, 2019

It is developed specifically for severe duty fleets hauling heavy loads, stop and go deliveries, or operations where there is a high level of airborne particulates.
October 18, 2019
Follow Us