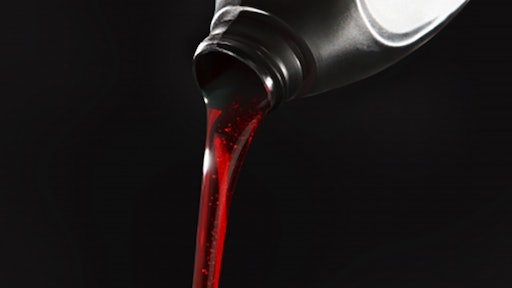 Vegetable oils can be used as lubricants in their natural forms. They have several advantages and disadvantages when considered for industrial and machinery lubrication. On the positive side, vegetable oils can have excellent lubricity, far superior to that of mineral oil. In fact, their lubricity is so potent that in some applications, such as tractor transmissions, friction materials must be added to reduce clutch slippage.

On the negative side, vegetable oils in their natural form lack sufficient oxidative stability for lubricant use. Low oxidative stability means the oil will oxidize rather quickly during use if untreated, becoming thick and polymerizing to a plastic-like consistency. Chemical modification of vegetable oils and/or the use of antioxidants can address this problem, but it will increase the cost. Chemical modification may involve partial hydrogenation of the vegetable oil and a shifting of its fatty acids.

(more on the advantages and disadvantages of biodegradable lubricants...)

Proper lubricant management will help you from throwing away valuable lubricant and wasting money
November 6, 2019
Follow Us