Campaign works to increase manufacturing in the U.S. 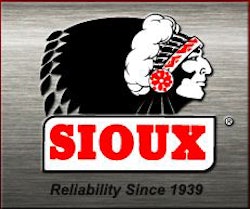 Sioux Corporation joined thousands of other U.S. businesses in support of the I Make America Campaign, a national grassroots campaign that supports policies to support and increase manufacturing in the USA. Manufacturing is vital to improving the economy and keeping America globally competitive. Sioux has joined the movement and now actively promotes and supports the campaign through tradeshows, promotional items, contacting state and local legislators, and employee efforts.

Jack Finger, Sioux’s President/CEO states, “U.S. manufacturers can compete with any manufacturer around the world if given a level playing field, which includes fairness in tariffs, currency manipulation, exchange rates, safety code enforcement, and ethical procurement management. U.S. industrial equipment has long had a great reputation for high quality and customer support. Sioux Corporation is pleased to support the I Make America campaign and encourages other U.S. manufacturers to join.”

Cat® Wheel Loaders are purpose-built and technology-equipped for your work. FIND YOUR LOADER
September 2, 2020

Eighty-eight construction oriented trade groups have signed a joint letter to Congress urging a one-year extension of the FAST Act; plus more on the September 17, 2020, edition of Construction News Tracker.
Caterpillar - Cat
September 17, 2020
Follow Us