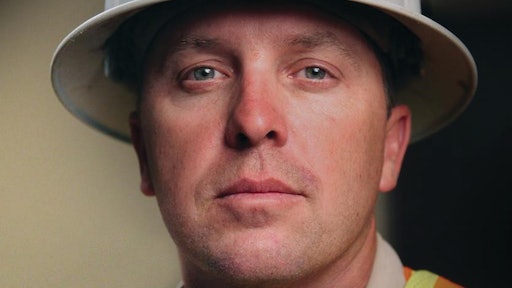 Derrick Pursley, an HDD drill operator and Texas native, was crowned the Ultimate Operator on the opening day of the International Construction and Utility Equipment Exposition (ICUEE) in Louisville, Ky. Pursley’s recognition as the Ultimate Operator is the culmination of the yearlong Navigator Nation campaign from Vermeer that celebrates and honors HDD operators.

“In this industry each day is different. I continuously learn something new,” said Pursley. “I’ve had jobs in the past where I didn’t want to go to work, but I’ve never had that feeling in this business. I enjoy what I do, and I’m proud to do it.”

Pursley grew up in Andrews, Texas. He graduated from the University of Texas at El Paso in 1998 with a degree in business management and then played professional golf for three years. Pursley joined West Texas Boring Co. in 2001. He currently lives in Odessa, Texas, with his wife and two children.

The purpose of the campaign was to show the passion and expertise drill operators have for their profession and elevate awareness for the new generation of HDD operators. A video contest began in January where videos were submitted of their outstanding HDD crews to the campaign website, NavigatorNation.com.

Nearly 31,000 unique site visitors from 92 countries visited NavigatorNation.com throughout the course of the year. More than 100 profiles were submitted and the site received nearly 15,000 votes in total with Pursley receiving the most votes.

Point of Rental shares lessons from 2020, what will continue (and change) in 2021, and about the technology available to help businesses tackle touchless processes, like renting via smart lockers.
Point of Rental Software
Mar 2nd, 2021

Jaltest Diagnostics 21.1 provides diagnostics, bi-directional controls and guided troubleshooting for all makes and all models of construction vehicles and equipment.
Cojali
Mar 5th, 2021

The 1938 Roxy Theatre, which burnt down in 2015, is undertaking a renovation that is set to be completed by November of 2021— a project assisted by Mammoet.
Mammoet
Mar 5th, 2021

The Arts Empowering Life Foundation plans to open its doors to artists, old and new, to help further the skill and knowledge of the aesthetic subject — an initiative that is aided by the donation of five portable contractor pumps by Tsurumi Pump.
Tsurumi America Inc.
Mar 5th, 2021

Construction has seen a surging acceptance of various forms of technology during the COVID-19 pandemic. But will it continue once the crisis is over?
Becky Schultz
Mar 3rd, 2021

How did John Deere improve on its E-Series Articulated Dump Trucks (ADTs)? They simplified. They took powerful, productive, and popular ADTs and made them even more comfortable and easy to use with the introduction of the new E-II Series.
Mar 1st, 2021

Manitex International, Inc. reported a backlog that has surpassed $80 million as of January 31, 2021, driven by the consistent increase in the PM Group's articulated crane and aerial product orders.
Manitex Inc.
Mar 1st, 2021

JLG Industries, Inc. announces that it will be holding a live technical webinar series on the JLG University website that aims to educate technicians about running system diagnostics on JLG equipment.
JLG Industries Inc.
Feb 25th, 2021