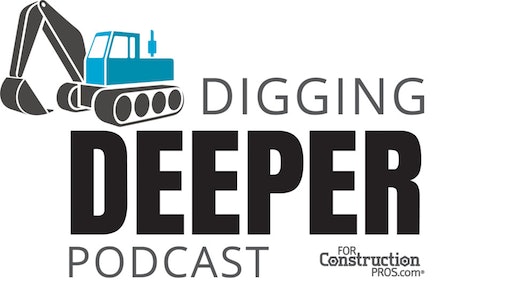 On this episode of the Digging Deeper Podcast, Vermeer product marketing lead Kayla Breja discusses the company's two-year planning and marketing campaign that went into preparing for the launch of the XR2 Vacuum Excavator. Listen in to learn more about the work behind such an endeavor.

When For Construction Pros attended ICUEE 2019 (the International Construction and Utility Equipment Exposition) in October, Christopher Trappe and the entire crowd were drawn to the Vermeer demonstration area. Right in the center of the display sat a 40-foot-long crate with "NOT TO BE OPENED UNTIL ICUEE" stamped in huge letters on its front. A banner that read "CAN'T BE CONTAINED" and a screen above the crate playing promotional videos finished off the intriguing spectacle.

Vermeer President and CEO Jason Andriga and VP of Sales Doug Hundt soon approached the stage and addressed the crowd. They talked about the piece of equipment being revealed and the construction industry problems it aimed to solve. While the crowd cheered, the crate's 15-foot-high wall was dropped to reveal the Vermeer XR2 Vacuum Excavator.

Vermeer’s XR2 vacuum excavator is an industry first with a shaker deck that separates liquids and solids.
Vermeer
October 1, 2019

Vermeer kicks off ICUEE 2019 with a bang by showcasing its innovative new piece of hydro-excavation equipment.
Sheena Ingle
October 1, 2019

Acquisition and integration with McLaughlin builds on the strategy to provide a comprehensive suite of vacuum excavation technology, equipment, training and support to the growing underground utility and soft dig markets
Vermeer
November 13, 2018

This product is a compact vacuum excavator that offers the same power and productivity as the generations before
McLaughlin Mfg. Co.
March 27, 2017

Provides up to seven hours of continuous operation with onboard water
Vactor Mfg Co
August 22, 2015

Features a no-hassle hose hangs that allows users to move between jobsites without coiling or disconnecting it
McLaughlin Mfg. Co.
August 21, 2015

AEM releases the list to kick off the first phase of its new Underground Utility Awareness campaign
Association of Equipment Manufacturers (AEM)
June 2, 2015