The Technician of the Year award is sponsored by John Deere and presented to one technician from both the public and private sectors. AEMP created the award to acknowledge professionals who exhibit excellence in technical skills as well as troubleshooting and diagnostic capabilities. 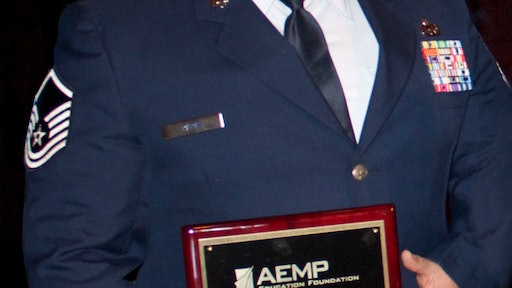 The Association of Equipment Management Professionals (AEMP), is soliciting nominations from fleet managers and other company leaders for the 24th annual Technician of the Year honor. The 2013 award, which honors the industry’s most outstanding heavy equipment technicians, will be presented at AEMP’s Management Conference and Annual Meeting March 17-19, 2013 in Jacksonville, FL. Applications must be postmarked no later than Jan. 11, 2013 to receive consideration.

The Technician of the Year award is sponsored by John Deere and presented to one technician from both the public and private sectors. AEMP created the award to acknowledge professionals who exhibit excellence in technical skills as well as troubleshooting and diagnostic capabilities. It also recognizes those who make significant contributions to the equipment technician profession.

The Technician of the Year honor is open to the entire equipment management industry. Both AEMP members and non-members may nominate as well as receive a nomination. For more information, application criteria and a list of past honorees, visit aemp.org/people/technician-of-the-year/. Questions or requests for further information may be directed to Claudine Wheeler at 970-384-0510 or claudine@aemp.org.