The justices declined to lift a stay that allows the federal government to continue construction while legal challenges continue. 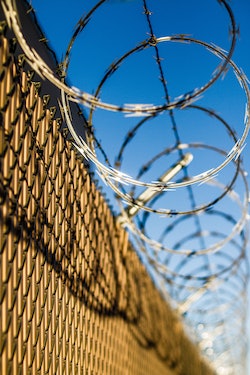 In a 5-4 vote, the justices of the U.S. Supreme Court chose on Friday to allow construction of a portion of the Trump Administration’s border wall to continue amid ongoing legal challenges.

The order declined to lift a stay that allowed the federal government to continue to use $2.5 billion in federal funds from the Pentagon to construct portions of the wall along the 2,000-mile-long U.S.-Mexico border. The funds came as a result of a national emergency declaration issued by President Trump last year.

The Sierra Club and the Southern Borders Communities Coalition, represented by the American Civil Liberties Union (ACLU), challenged the use of the funds, arguing that government officials did not have the power to spend more than Congress had already allocated for border security. The organizations had asked the justices to lift an order issued in 2019 that allowed the U.S. government to continue construction pending appeals.

Although the ACLU indicated the challenge will continue, it appears likely that the portions of the wall in dispute, located in Arizona, New Mexico and California, may be completed before the court decides to take up the case on its merits.

AASHTO President says Congress should consider a mix of new short- and long-term funding options to provide more fiscal support for transportation investments nationwide for both the immediate and future needs of our roadways
Jessica Lombardo
May 19, 2021
Follow Us