Infrastructure and transportation funding measure dominated the ballots in 2020. Here's what voters decided. 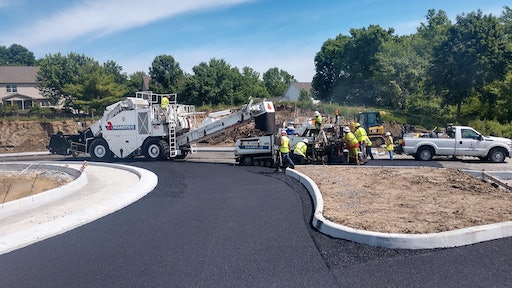 The presidential election wasn't the only thing on the ballot this year. Voters also weighed in on a slate of measures that could shape the future of our infrastructure.  Here's a brief round up of what some states decided:

Governor Asa Hutchinson said the state would lose jobs if the issue failed.

In Bend, OR,  voters have passed the largest bond measure in the city’s history: a $190 million transportation bond measure.

Measure 9-135 was three years in the making. Its prioritized project list was the result of an exhaustive public comment process that identified needs on Reed Market Road, the Bend Parkway, Third Street, east-west connections through town and pedestrian and bicycle access to schools, parks and large employers. Officials stated that a "no" vote on this measure could lead to potential disaster as it would forestall infrastructure improvements in the area that are sorely needed.

Metro’s proposed payroll tax on employers, a plan that would generate billions of dollars for transportation projects across the Portland region, has failed.

The transportation package would have been funded by a payroll tax of up to 0.75% on private employers with 25 or more workers. The measure was centered around a roughly $3 billion light rail extension through Southwest Portland to Bridgeport Village and Tigard and hundreds of millions of safety and bus projects on three dangerous highways, never polled particularly well. It also was referred to voters during a global pandemic and attracted powerful adversaries.

In Austin, TX early totals show that voters have chosen to approve the City of Austin’s Proposition B. The proposition approves $460 million in property tax-supported general obligation bonds for transportation infrastructure like sidewalks, bikeways, urban trails, safe routes to schools, substandard streets and transportation safety projects such as Vision Zero.

In Pflugerville, TX voters approved a $101.7 million transportation project. The vote for Proposition A comes after recommendations from the 2020 Capital Improvement Bond Committee, and is a part of a larger $191 million bond package. At present, the average Pflugerville home is around $258,000 and under the current tax rate, Prop. A would cost homeowners $101.62.

The city of Middletown, OH voted yes for a 10-year, 0.25% income tax increase for Middletown street and road repairs. The additional 0.25% would generate about $3.13 million a year to leverage a bond issue for a massive $31.3 million comprehensive street improvement/paving project in 2021 and 2022, paving about 137 lane miles of streets. Officials had stressed the community benefit for the income tax increase, which would be the city’s first since 2007.

In 2021, the city is planning to spend more than $3.9 million for street paving and repairs from grant and enterprise funds, state grants, assessments for sidewalks, curbs and gutters and the city’s auto and gas tax allocation. If the bond issue is approved, the $31.3 million would be added to what the city is spending for paving.

Residents of Downs IL voted to impose a 1% sales tax for infrastructure Tuesday. According to the McLean County Election Authorities, the sales tax passed with 59.2% of the vote.

Stay tuned to ForConstructionPros.com as we continue Election Day coverage.