Eighty percent of Americans support rebuilding our nation’s infrastructure and it is also a bipartisan issue in Congress. This report provides recommendations on how to enact a comprehensive, cost-efficient and fiscally sustainable infrastructure program. 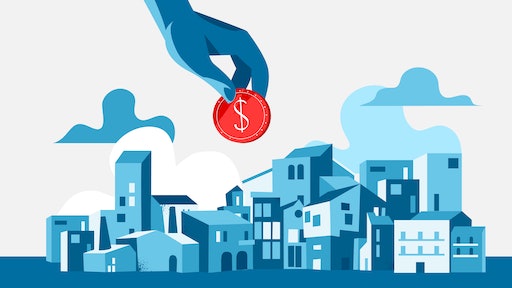 From highways and bridges to air traffic control and water resources, and from energy production to broadband internet access, nearly every facet of the country’s infrastructure is below global standards and deteriorating daily.

While President Biden has made it clear he wants infrastructure to be a priority in Congress, our leaders in Washington continue to fight over the details of what an infrastructure package would look like and how to pay for it. Meanwhile, the condition of our roads, bridges, ports and other critical infrastructure continues to worsen.

The Committee for Economic Development of The Conference Board (CED) has released a new, comprehensive report with several policy recommendations to address this growing crisis. With eighty percent of Americans support rebuilding our nation’s infrastructure—more than almost any other top issue facing the nation—and roughly two-thirds of Americans rating their own local roads as in fair or poor condition, now is the time to act.

“Modernizing our infrastructure is one of the few issues that enjoys broad bipartisan support, so both sides can work together to comprehensively address this glaring issue,” said Lori Esposito Murray, President of CED. “The large number of areas that fall under the infrastructure rubric demonstrates its importance to our economy. A sharp focus on its role and key issues can lead the nation toward faster economic growth and job creation, environmental protection, equality of opportunity, shared prosperity, and eventual public savings.”

Not only is infrastructure a bipartisan issue, but it also crosses public-private lines in unexpected ways. While government is sometimes believed to be the source of all infrastructure weaknesses, private-sector responsibility is more salient in some areas.

The report presents the following recommendations for a bipartisan, comprehensive, cost-efficient and fiscally sustainable infrastructure program:

You can read the full report here.