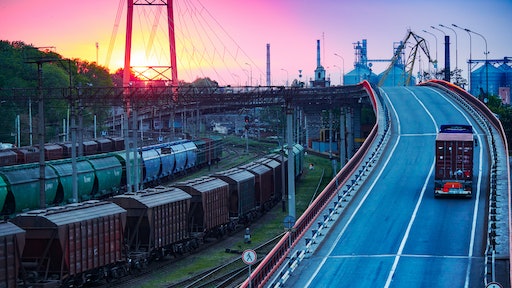 Upgrading and expanding America's transportation infrastructure is a hot topic in the country right now, but the critical issues surrounding the advancement of our mobility solutions have been brewing for years. Growing wear and tear on our nation's roads have left 43% of our public roadways in poor or mediocre condition, a number that has remained stagnant over the past several years.

Still, state departments of transportation press on, using what little money they have to continue improving their roads, bridges, transit systems and more. A recent report released by the American Association of State Highway & Transportation Officials (AASHTO), proves that transportation infrastructure is a critical lynchpin for increasing economic growth which results in steadily improving quality of life for the people who live there.

A recent macroeconomic analysis compiled by the Florida Department of Transportation laid out all of the positive benefits of infrastructure investment can deliver – especially at the state level. The Florida DOT’s analysis found that state’s transportation projects should yield an average $4 of benefits for every dollar invested in all transportation modes, including highway, transit, rail, airports, seaports and waterways, and spaceports.

The Florida DOT also determined via its analysis that the $4 return per transportation infrastructure dollar invested held steady despite the impact of the COVID-19 pandemic – reinforcing the durable nature of economic gains of transportation system investments. Those monetary benefits come from a variety of time-saving and efficiency gains for both individuals and businesses alike, including travel time improvements, vehicle operating cost reductions, plus lower business costs due to faster and more efficient delivery of goods, among others.

This is just one of many stories AASHTO highlighted in their report, The Benefits of Transportation: The 2021 Round-Up of State DOT Solutions that Deliver Benefits to Communities and Citizens. The projects listed here show how ongoing investment in our nation’s mobility networks continue to help businesses to grow and thrive while improving quality of life, generating more business for companies and economic well-being for Americans.

As President Joe Biden is expected to pitch another multitrillion-dollar government spending package to improve the nation's infrastructure during a trip to Pittsburgh next week, we can only hope infrastructure investment is continually seen as a priority given all the benefits it brings to the American people.

Biden's Big Plan Up Next

According to Reuters, Biden plans to introduce a $3 trillion proposal on March 31. The Biden administration has not yet provided many details on the trip, simply describing in a Wednesday news release that the president will speak about his "economic vision for the future" and plan to "Build Back Better."

The details of the package reveal a multi-pronged approach for tackling domestic issues. In addition to billions of dollars for infrastructure, the plan – which could cost about $4 trillion in total – would address inequities, create jobs and fund education programs like universal pre-kindergarten and tuition-free community college.

While it might be revealing that Biden is kicking off his infrastructure pitch in a blue-collar city like Pittsburgh, the plan is expected to contain a multi-faceted approach beyond just building and restoring bridges, highways and roads. It is reported to also include funding for clean energy, electric vehicle charging stations and other climate change solutions.